General Health Official: In Deal With Pfizer, Israel Only to Share Public Data 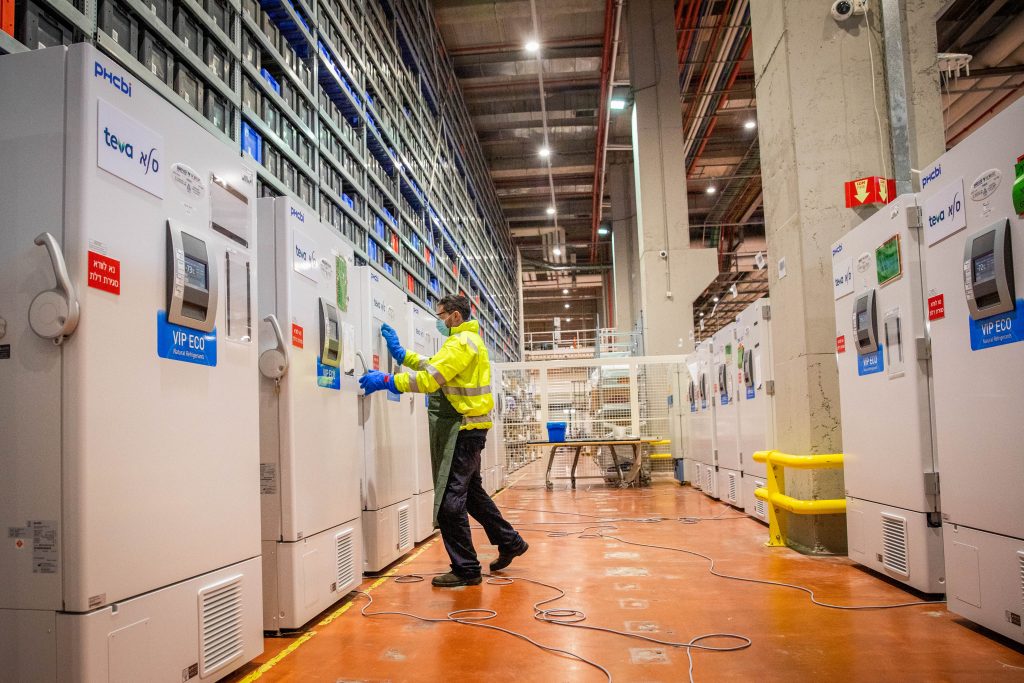 A health official responded on Friday to a deal with Pfizer that would enable all Israeli citizens over the age of 16 to be inoculated by the end of March in return for statistical data, saying the pharmaceutical giant will receive only information that is provided to the public.

Prime Minister Binyamin Netanyahu announced Thursday that Pfizer had agreed to send millions of additional doses to Israel, which will serve as a “model country” for the pharmaceutical giant, offering statistical data on the vaccine’s effectiveness. He said the huge influx of vaccine doses would allow Israel to be the first country in the world to get out of the coronavirus crisis.

The data-sharing with Pfizer was reportedly a tradeoff for the company’s willingness to sell so many vaccines to Israel ahead of other countries. Israel has a highly digitized health system which operates via four national clinic networks.

According to Globes, the World Health Organization has been involved in assessments of Israel’s suitability for the pilot program. Channel 13 reported that Israeli Ambassador to the U.S. Ron Dermer was also involved in the agreement which included Pfizer CEO Albert Bourla convincing the pharmaceutical giant’s board that Israel would serve as an appropriate testing ground for a widespread inoculation program.

Alroy-Preis said Pfizer would not receive information on the previous health conditions of those vaccinated, but that data on those who suffered side-effects close to the time of vaccination would be made publicly available and provided to Pfizer.

“There is no risk of invasion of privacy; no private data is being given over,” Alroy-Preis said.

When questioned about the issue of Israel giving up highly valuable data on the health of its citizens, Alroy-Preis said again that “we insisted that we would only transfer information that we make available to the public.”

The health official said the Israeli vaccination program would provide valuable information of international relevance about the stage at which herd immunity can be achieved.

“We want to see whether we can vaccinate all the public that wants to be vaccinated, achieve herd immunity, and at what stage do we break the curve [of infections],” Alroy-Preis said.

According to official Health Ministry data, over 70% of those aged 60 and over have now been vaccinated in Israel.

As per the deal, Israel will receive a weekly consignment of hundreds of thousands of vaccination doses, between 100,000 and 500,000, with more than 10 million doses received overall by the middle of March.

At the same time, Israel will receive more than 500,000 doses of the Moderna vaccine over the coming month, with the first consignment of 120,000 doses arriving Thursday.

In the agreement with Pfizer, Israel has committed to send the pharmaceutical company data and details especially gathered for them, including the consequences of the inoculations, side effects, efficacy, amount of time it takes to develop antibodies. according to different types of population, age, gender, pre-existing conditions etc. The agreement extensively details the various parameters that will be sent to Pfizer.

The concept of Israel as a giant testing trial lab for COVID-19 vaccinations came from several sources. One of the researchers at the Israel Institute of Biological Research in Nes Ziona, which is developing Israel’s own vaccine, proposed that after the Phase III trial, if it was successfully completed, then it could be administered to large population groups in Israel as a kind of large scale trial. Another source was a senior doctor at the Health Ministry who proposed the idea of offering data for early delivery back in the fall during initial negotiations with the drug companies for procuring the vaccine. Another source was a World Health Organization official who during discussions with Israeli experts said that Israel would be an ideal country for early and efficient rollout of the vaccine and could instruct the world on how to do it.

During discussions in Israel’s National Security Council in November in which Netanyahu participated, the question arose of how to persuade the top executives of the pharmaceutical companies to sell to Israel first. The first response was to talk to the Jewish conscience of Pfizer’s CEO Albert Bourla but after that the ability of Israel’s health funds to implement the vaccine drive swiftly and provide data about it was combined with the idea of Israel as a huge test lab.

According to a senior political source there were then discussions about who should bring up the idea with the CEOs of the pharmaceutical companies and it was eventually decided that it should be Netanyahu himself together backed up by a professional in the field. After the idea was broached, Pfizer consulted with the WHO and the leaders of other countries. Pfizer representatives closely scrutinized Israel’s health system, asked their questions and were shown the quality of Israel’s data systems at the Covid-19 headquarters of the Ministry of Health. They were impressed, among other things, between the cooperation of government ministries, laboratories and the IDF Home Guard on the issue of testing and the transfer of data. They carefully analyzed the structure of Israel’s health system and the role played by the health funds and their deployment. They asked to look closely at the computerized systems built by the IDF Home Guard for gathering data from those infected with COVID-19 and tracking their movements.

In early December, Israel received the good news that a huge first shipment would arrive before the end of the month, contingent upon FDA approval and the parallel approval by Israel. And so it was. The next consignments were not due to arrive until February and over the following three months. But Pfizer was very impressed with the success of the vaccination drive. A senior WHO official told his counterpart in the Health Ministry that they were astonished by the pace of distribution and the ability to channel the vaccinations correctly. The official, who is German, spoke about the huge delays in his country where the federal government was not ready to delegate authority and every consignment of even a tray awaits for endless approvals and inefficient transportation.

The success of Israel’s first round of vaccinations brought about an agreement to speed up and bring forward the next consignments. Netanyahu himself and senior Health Ministry officials including director general Chezy Levy and others held talks with the Pfizer CEO and his team. They showed them the numbers and promised that Israel would provide them with all the data required for the world’s campaign against the virus including the mutations.

In addition to sending all the data to Pfizer, it was also agreed that the WHO would also receive all the information. A WHO delegation is expected in Israel in February to closely examine Israel’s vaccine distribution network as well as the impact of the vaccinations, side effects, and mainly the time taken for antibodies to develop, and the effects of the different vaccines will be compared.