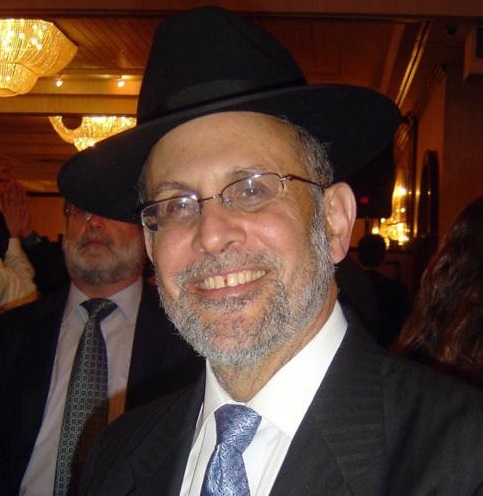 Hamodia is saddened to report the petirah on Friday, 24 Teves, of Harav Yehudah Kelemer, zt”l, a prominent talmid chacham and the Rav of the Young Israel of West Hempstead for close to 4 decades. He was 74 years old.

As a young bachur of 15, Rav Kelemer was chosen by Harav Mordechai Gifter, zt”l, the Telshe Rosh Yeshivah, as a chavrusa, a testament to his outstanding abilities and sterling character. In addition to learning in Telshe, he learned in Yeshivas Mir in Yerushalayim, where he received semichah from Harav Chaim Shmuelevitz, zt”l.

After marrying the daughter of Harav Shmuel Dovid Walkin, zt”l, the son of Harav Aharon Walkin, zt”l, of Pinsk, he began his rabbanus in Switzerland, and then served in Brookline, Massachusetts. In 1983, he began serving as the Rav of the Young Israel of West Hempstead, and under his guidance the kehillah grew to its present 700 families.

The Rav was known for his broad knowledge of all areas of Torah and authored several sefarim. He was the address for many complicated she’eilos which were sent his way. Harav Shalom Yosef Elyashiv, zt”l, was known to have sent him some she’eilos which originated in America.

Rav Kelemer was known for his humble demeanor, as he treated everyone with respect and compassion, yet he remained firm in his adherence to halachah and mesorah. He was involved in all aspects of the Jewish community, including the supervision of kashrus, and was looked up to by both the young and the old. In 1984, he helped launch Yachad, and organization which assisted young adults with developmentally delays.

In December 2016, while Rav Kelemer was walking to his shul, he was hit by a car and suffered serious injuries. For the past few months, his medical condition deteriorated, and he was niftar on Friday.

The levayah took place Sunday morning at the Young Israel of West Hempstead.

Rav Kelemer is survived by his Rebbetzin and a chashuve family.