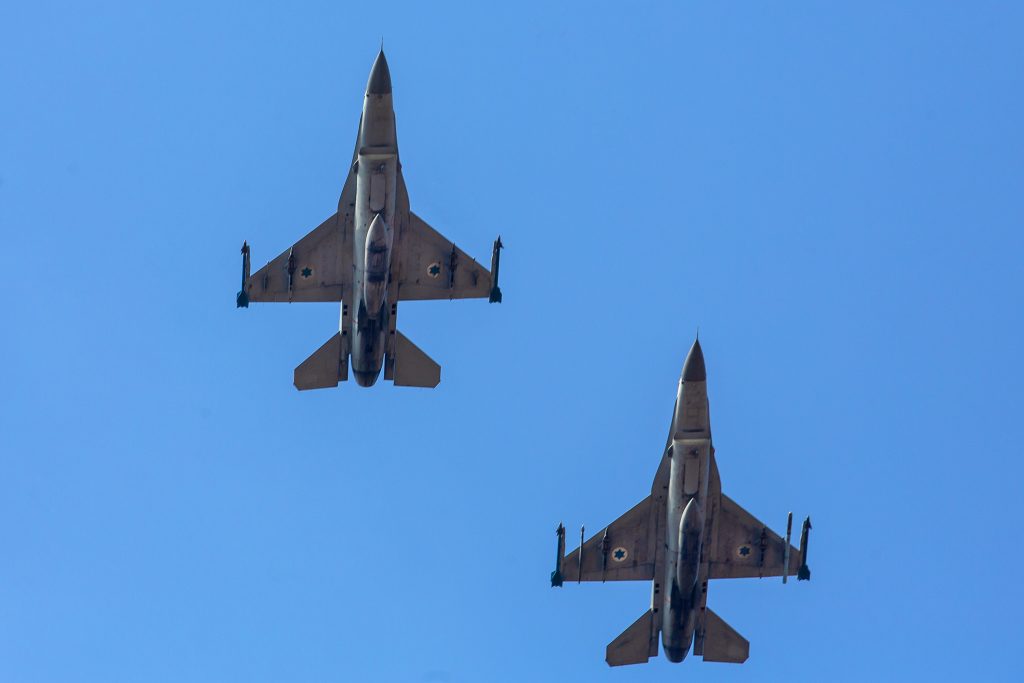 Israel regularly violates Lebanon airspace, often to carry out strikes in neighboring Syria. On December 24, Israeli jets flew low late into the night, terrorizing Beirut residents who are no strangers to such flights. They were followed by reported Israeli strikes in Syria.

The frequency of low flying warplanes over the capital has intensified in the last two weeks, making residents jittery as tensions run high in the region on the final days of President Donald Trump’s administration.

Israel rarely comments on these reports.

Many fear conflict may erupt in the area before Trump leaves office in retaliation for the U.S. killing of Iranian commander Qassem Soleimani in Iraq last year, or to scuttle efforts by the incoming administration of Joe Biden to negotiate with Iran.

A Twitter account that tracks aircraft movement in the Middle East, Intel_Sky, has recorded dozens of Israeli jets flying over Lebanon, including mock raids, since the start of the year. Intel_Sky called Sunday’s flights “mock raids.”

At one point this summer, the Lebanese army said Israel violated its airspace nearly 30 times in two days, flying reconnaissance drones and jets into Lebanese territory.

Israel and Lebanon are technically at war.

Israel has in recent months expressed concern that Hezbollah is trying to establish production facilities to make precision-guided missiles.