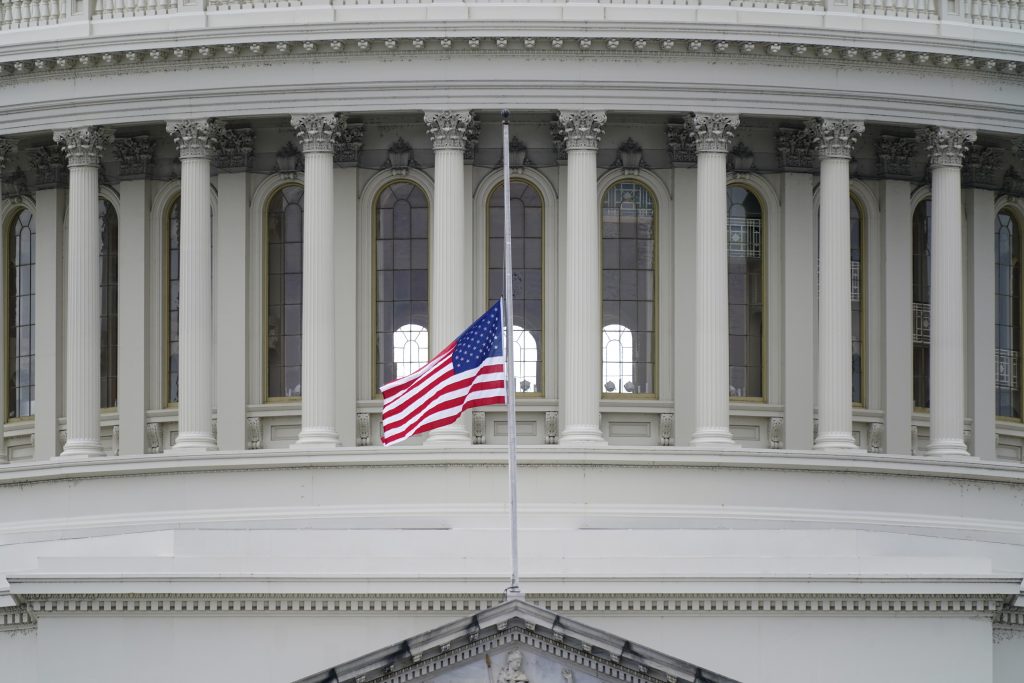 From his early days growing up in a New Jersey hamlet, Brian Sicknick wanted to be a police officer.

He enlisted in the National Guard six months after graduating high school in 1997, deploying to Saudi Arabia and then Kyrgyzstan. Joining the Guard was his means to joining law enforcement, his family said.

He would join the U.S. Capitol Police in 2008, serving until his death Thursday after being attacked as rioters seething over President Donald Trump’s election loss stormed the U.S. Capitol, believing the president’s false claims of a rigged election.

“His brother told me, ‘Brian did his job,’” said John Krenzel, the mayor of Sicknick’s hometown of South River, New Jersey. A congresswoman has asked top military officials that he be buried with honors at Arlington National Cemetery, and got a positive early response.

Sicknick’s death has shaken America as it grapples with how an armed mob could storm the halls of the U.S. Capitol as the presidential election results were being certified, sending hundreds of lawmakers, staff and journalists fleeing for safety. Videos published online show vastly outnumbered Capitol Police officers trying in vain to stop surging rioters, though other videos show officers not moving to stop rioters in the building.

Police leadership badly miscalculated the threat despite weeks of signals that Wednesday could get violent. And they refused Pentagon help three days before the riot, and again as the mob descended. Under withering criticism, the Capitol Police chief resigned, as have the chief security officers for both the U.S. House and Senate.

The Capitol Police said in a statement that Sicknick was injured “while physically engaging with protesters.” During the struggle, Sicknick, 42, was hit in the head with a fire extinguisher, two law enforcement officials said.

“Officer Sicknick died in the line of duty as a U.S. Capitol Police Officer but did so living up to the oath he swore in the military: to protect and defend the Constitution,” she said in her request. She got an encouraging early response from the Army.

“The Office of the Secretary of the Army has received requests on behalf of U.S. Capitol Police Officer Brian D. Sicknick, a veteran, and fully supports the request for posthumous special honors and burial at Arlington National Cemetery, ” said the official who asked to remain anonymous to discuss internal deliberations.

Sicknick was the youngest of three boys growing up in South River, a small borough of about 16,000 people in central New Jersey, 20 miles from Staten Island. He graduated from the Middlesex County Vocational and Technical School in East Brunswick, New Jersey, in June 1997.

Superintendent Dianne Veilleux said school records show Sicknick wanted to be in law enforcement. The school will honor him by planting an oak tree on campus to symbolize his strength.

He enlisted in the New Jersey Air National Guard that December, still a teenager, first deploying to Saudi Arabia in 1999. In 2003, he deployed to Kyrgyzstan, where the U.S. military operated a transit base supporting the war in Afghanistan. He was honorably discharged in December of that year.

After the U.S. invasion of Iraq in March 2003, Sicknick became a vocal critic of the war, writing several letters to the editor of the local newspaper that sharply criticized former President George W. Bush for his management of the effort. In one July 2003 letter, published five months before his formal discharge, he said that “our troops are stretched very thin, and morale is dangerously low among them.”

In a statement issued Friday, Sicknick’s family said he “wanted to be a police officer his entire life” and had joined the Guard “as a means to that end.”

Sicknick is survived by his parents, Charles and Gladys, and his brothers Ken and Craig.

The family asked the public to respect its wishes “in not making Brian’s passing a political issue.”

“Brian is a hero and that is what we would like people to remember,” the family said.

On Saturday, New Jersey Gov. Phil Murphy ordered that the U.S. and New Jersey flags be flown at half-staff at all state buildings and facilities in honor of Sicknick, saying he “embodied the selfless spirit of his native state.”

“Officer Sicknick gave his life protecting the United States Capitol, and by extension, our very democracy, from violent insurrection,” Murphy said. “His needless murder at the hands of a mob bent on overthrowing the Constitution he had dedicated his life to upholding is shocking. It is my fervent hope that the rioters whose actions directly contributed to his death are quickly identified and brought to justice.”