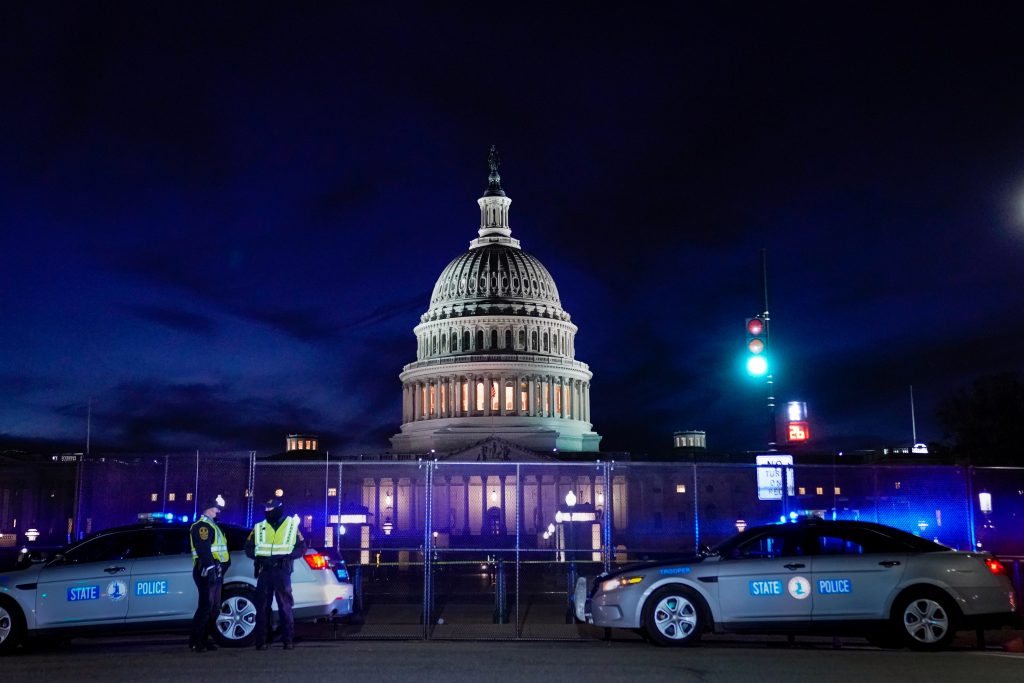 Congressional Democrats on Friday were weighing impeaching U.S. President Donald Trump for an unprecedented second time after his supporters, inflamed by his false claims of election fraud, stormed the U.S. Capitol.

Democrats in the House of Representatives, which holds the power to impeach the president, will hold a conference call at noon to discuss their next steps, according to two Democratic aides.

Amid mounting calls for his removal from office, Trump finally denounced Wednesday’s violence that left five people dead, including a police officer. In a video released on Thursday evening, the Republican president also promised a smooth and orderly transition of power later this month, though he stopped short of abandoning his claims of fraud.

In the immediate aftermath of the assault, which halted a session of Congress held to certify Democrat Joe Biden’s election win, Trump had declined to condemn the incident, instead telling supporters he loved them and repeating his assertion that he was being cheated of victory.

House of Representatives Speaker Nancy Pelosi and Senate Minority Leader Chuck Schumer demanded on Thursday that Vice President Mike Pence and Trump’s Cabinet invoke the Constitution’s 25th Amendment, which allows them to strip the president of his powers if he cannot discharge the duties of his office. Pence opposes the idea, an adviser said.

Pelosi and Schumer, along with other Democratic leaders, called for immediate impeachment proceedings if Pence and the Cabinet refuse to take steps to remove Trump from power. Biden is due to take office on Jan. 20.

“The president’s dangerous and seditious acts necessitate his immediate removal from office,” they said in a statement on Thursday evening, accusing Trump of inciting an “insurrection.”

Katherine Clark, the assistant House speaker, said on CNN on Friday that Democrats were prepared to move forward with impeachment proceedings as early as next week.

Trump’s video on Thursday was the closest he has come to conceding defeat in the Nov. 3 election, as he promised a smooth transition to a “new administration,” after weeks of making false claims of massive electoral fraud and a rigged vote.

In a speech on Wednesday, Trump had exhorted a crowd of thousands to descend on the Capitol. Rioters stormed the building, overwhelming police and forcing authorities to transport lawmakers to secure locations for their own safety.

A Capitol police officer died from injuries sustained in the assault, the force said on Thursday. A woman protester was fatally shot by the authorities, and three people died from medical emergencies.

RUNNING OUT OF TIME?

With Trump’s term almost expired, it was not clear whether there would be enough time to complete the impeachment process.

Pelosi has not announced a decision, though she told a news conference on Thursday that rank-and-file Democrats in her caucus wanted action.

If impeached in the Democratic-led House, Trump would theoretically face trial in the Republican-controlled Senate, which is scheduled to be in recess until Jan. 19. Aides to Mitch McConnell, the majority leader, have not said whether he would reconvene the Senate if the House approved articles of impeachment.

Democrats are set to take narrow control of the Senate after winning two runoff elections in Georgia on Tuesday, but the new senators will not be sworn in until the state certifies its results later this month. In the event of an impeachment, the Senate must vote with a two-thirds majority to convict and remove a president from office.

The House impeached Trump in December 2019 for pressuring the Ukrainian president to investigate Biden, but the Senate acquitted him in February 2020. Only two other presidents in history have been impeached, and none has ever been impeached twice.

In Thursday’s video, a flat-toned Trump struck a conciliatory note seldom seen from him during his presidency, calling for “healing.” As recently as Thursday morning, however, he was still claiming the election was stolen.

Senator Ben Sasse, a Republican and often a Trump critic, told CBS News on Friday he would “definitely consider” any articles of impeachment because the president “disregarded his oath of office.”

“I do believe that the votes are in the House of Representatives to put forth articles of impeachment, and he’ll be the only president to be impeached twice,” said James Clyburn, the No. 3 House Democrat.

Several senior Trump administration officials have resigned in protest over the invasion of the Capitol, including two Cabinet members: Elaine Chao, the transportation secretary and McConnell’s wife, and Betsy DeVos, the education secretary.

At a news conference to introduce his pick for attorney general, Biden blamed Trump for instigating the attack but did not comment on his possible removal.

Congress certified Biden’s election victory early on Thursday, after authorities cleared the Capitol. More than half of House Republicans and eight Republican senators voted to challenge election results from some states, backing Trump.

The president has isolated himself among a small circle of diehard advisers and lashed out at those he perceives as disloyal, including Pence – whom Trump wanted to try to block Congress from certifying Biden’s win – according to sources.

The FBI offered a reward of up to $50,000 for information on people responsible for placing pipe bombs in the headquarters of the two main U.S. political parties.