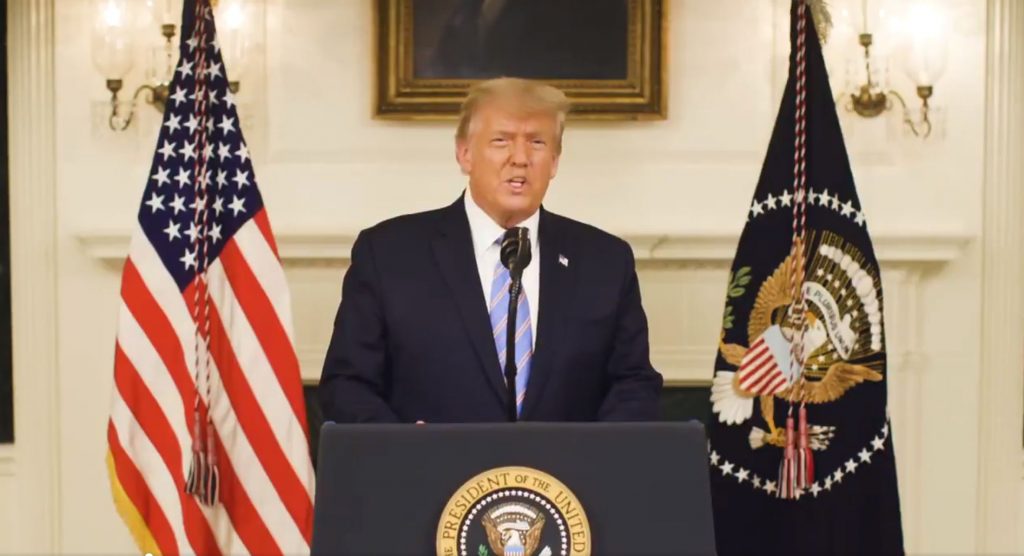 President Donald Trump is conceding to President-elect Joe Biden and condemning the violent supporters who stormed the nation’s Capitol on Wednesday.

In a new video message, Trump says that now that Congress has certified the results, the “new administration will be inaugurated on January 20” and his “focus now turns to ensuring a smooth orderly and seamless transition of power.”

He is also speaking out against the violence, calling it a “heinous attack” that left him “outraged by the violence lawlessness and mayhem.”

Trump did not address his role in inciting the violence. But he is telling his supporters that, while he knows they are “disappointed,” he wants them to know “our incredible journey is only just beginning.”

Video of Trump’s address below: