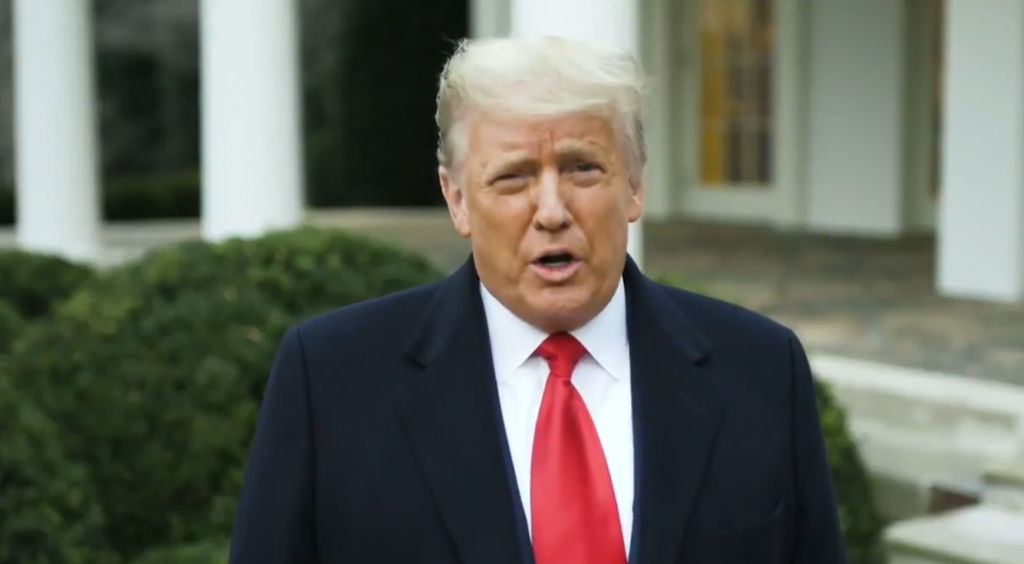 As pro-Trump protestors were storming the U.S. Capitol on Wednesday, disrupting Congress’ certification of the 2020 presidential election, Trump posted a video message in which he told protestors, “You have to go home now. We have to have peace,” but reiterated his claims of electoral fraud.

“We had an election that was stolen from us,” the president said. “It was a landslide election, and everyone knows it, especially the other side.”

Social-media companies deleted the video and blocked Trump’s accounts. Below is the banned video.