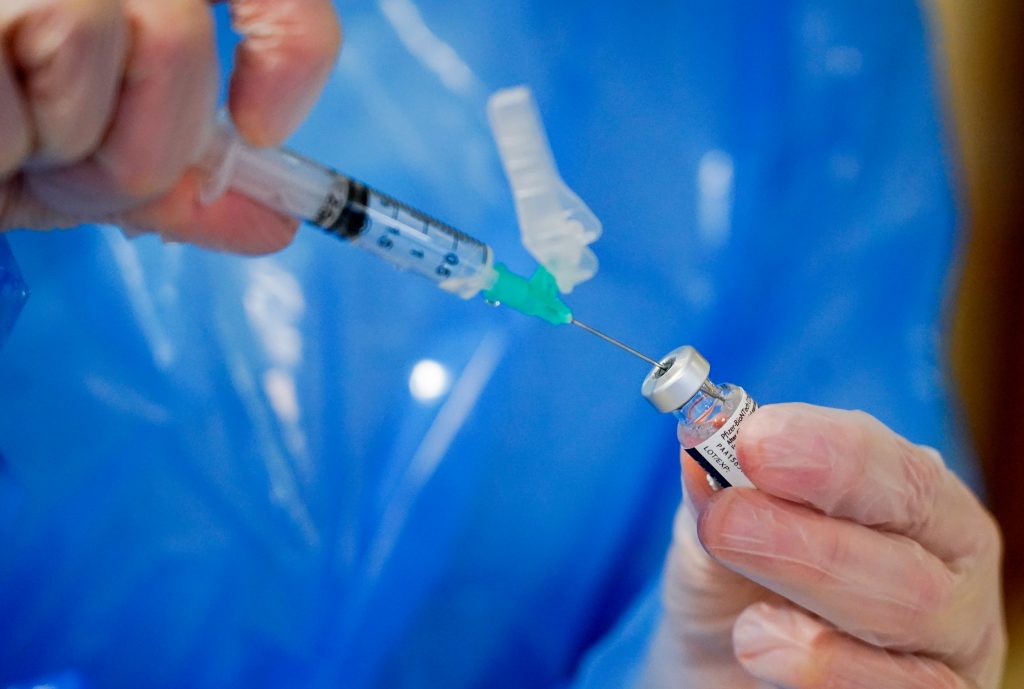 Nearly 20,000 second doses of the COVID-19 vaccine developed by Pfizer and BioNTech were given to people in England before guidelines were changed to prioritize giving out first doses, the National Health Service said on Thursday.

The figures showed that 19,981 second vaccinations were given between the Dec. 29 and Jan. 3, out of 1.1 million total administered in England. Across the whole of the United Kingdom, 1.3 million doses have been deployed.

The day after second vaccinations began, health officials said they would prioritize giving as many people as possible a first shot of a COVID-19 vaccine to offer some protection over the rollout of booster shots.

That means second shots will now be given up to 12 weeks after people receive their first shots, prompting criticism from some scientists, and frustration from people who have seen appointments canceled.

While AstraZeneca’s shot was tested with different intervals between doses, Pfizer has said there is no data to demonstrate the efficacy of its first dose after 21 days.

On Tuesday, England’s Chief Medical Officer said that the balance of risk supported the move, adding protection from a single dose would likely be more than 50% even if it did pose a small risk of an “escape mutant” of the coronavirus.

Prime Minister Boris Johnson hopes that by giving at least some protection to more than 13 million people in priority groups over the next six weeks, it will be possible to consider easing strict lockdown measures from mid-February.