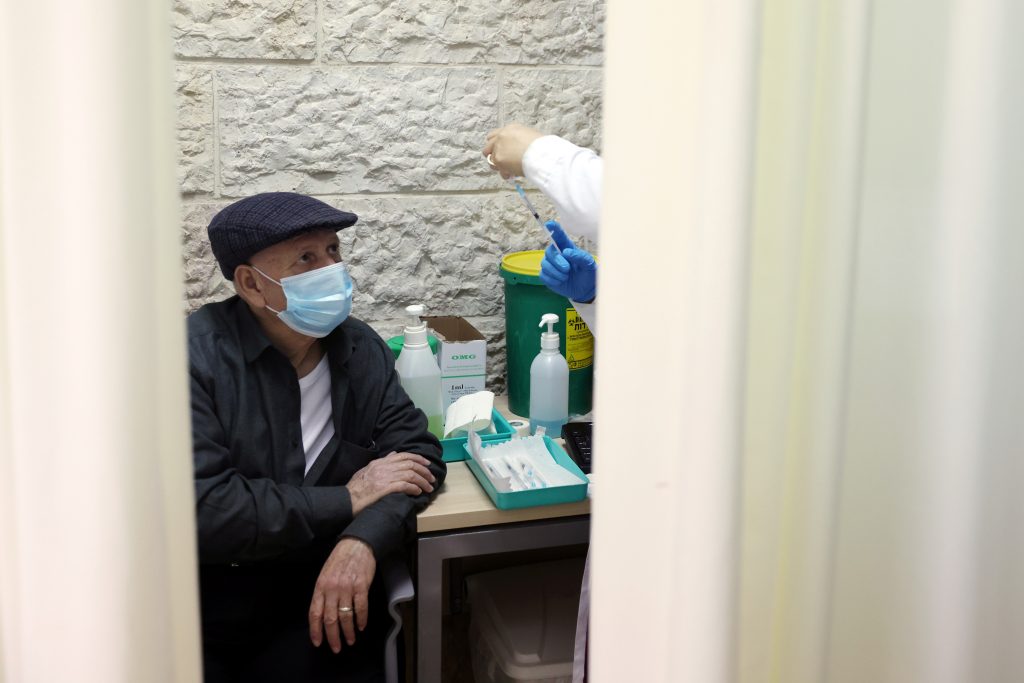 As Israel leads the world in the rate of coronavirus vaccination, some of its Arab citizens and Palestinians in east Yerushalayim are regarding the shot with suspicion.

In what officials see as a result of misinformation about possible side effects or supposed malicious properties, turnout for vaccines has been low among Arabs, who make up 21% of Israel’s population, and Yerushalayim Palestinians.

“I will not be vaccinated because I don’t know what is in there. No one explained it to me,” said Marouf Alyino of East Yerushalayim. “Everyone is looking at Facebook and social media, where we hear about someone dying (after getting vaccinated).”

Israel launched its vaccination drive on Dec. 19 with supplies from Pfizer. The Health Ministry said on Thursday that 17.5% of the population – and 70% of citizens aged 60 or older – had received their first shots.

Expanding on previous estimates by Israeli officials, Prime Minister Netanyahu said supply agreements with Pfizer meant that all Israelis over the age of 16 would be able to be vaccinated by the end of March, or perhaps even earlier.

Israeli officials have said they hoped Israel could emerge from the pandemic as early as February if the vaccination program maintains its speed.

The lag in some Arab communities has prompted citizens from the Jewish majority to go to clinics there in search of shorter queues. On occasion, leftover vaccines have been given to walk-ins who are not within the high-risk cohort getting priority.

One vaccination center, in the northern town of Umm al-Fahm, reported rising attendance by Arab recipients as the vaccination campaign spreads with little news of mishaps.

Farida Mahajneh, the center’s director, said turnout was “meager” when it began operating in late December.

“But today the turnout is increasing day after day among the Arab residents,” she said. “People should know that everyone should be vaccinated, and it is safe.”