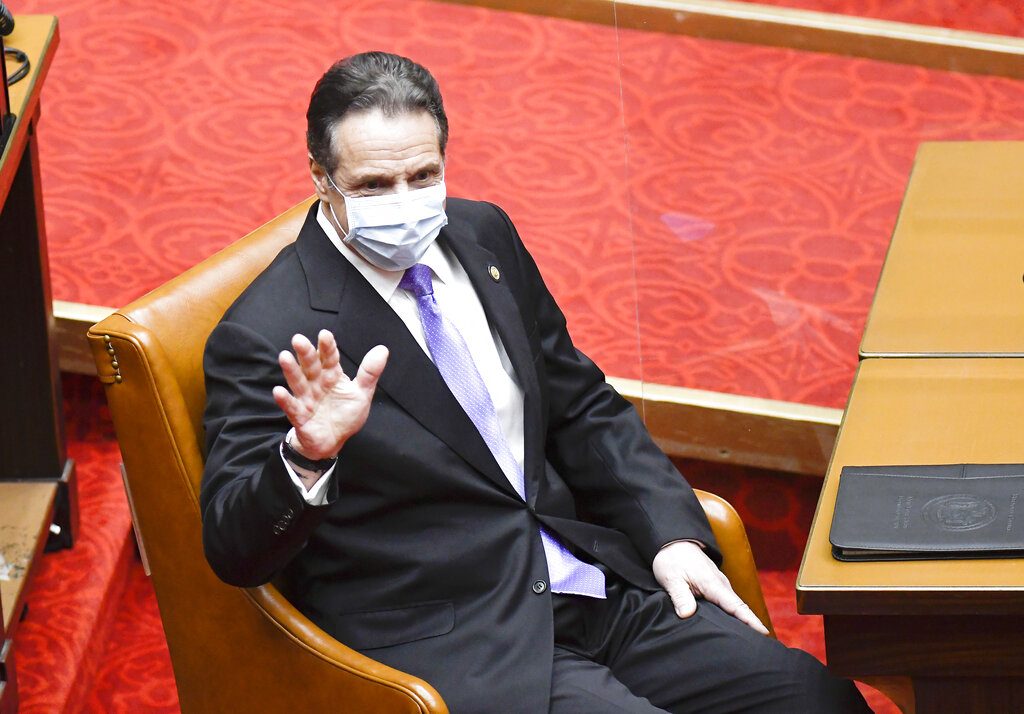 For months, as they planned for a possible resurgence of the coronavirus, New York’s leaders talked about how a strict set of scientific metrics would guide decisions about whether to reimpose restrictions and closures that helped tame the virus in the spring.

But as COVID-19 has made its expected comeback, several statistical thresholds that were once supposed to trigger shutdowns have been eased or abandoned.

The latest example came this week, when Gov. Andrew Cuomo reversed course on a plan to force schools to switch to remote-learning in regions where 9% or more of the people who seek coronavirus tests are found to have the virus.

Schools can now stay open in counties that cross that threshold, if they launch testing programs and can show that the virus is spreading at a lower rate among students than in the general population, Cuomo said.

“If their schools are below the level of positivity in the community, then they can keep the schools open,” Cuomo said Monday. “It is up to the local school district to make that decision. My position has always been if the children are safer in this school than they are on the streets of the community, then children should be in school.”

It’s a reversal from July, when the governor’s advisory council of educators, students, parents and leaders of schools and unions set the 9% metric. At the time, Cuomo warned it would not be “intelligent” to keep schools open if they crossed that line.

Seven out of the state’s 10 regions have now crossed that threshold.

New York state has averaged around 14,300 new cases of the virus per day over the past seven days, up 27% from the week before.

Cuomo has defended changes to the state’s plans by saying knowledge of the virus and how it spreads is constantly evolving.

Last spring, Cuomo set target metrics, based on hospitalizations, percentage of positive tests, contact tracing capacity and other factors, that would dictate when regions of the state could reopen things like reopen restaurants and office buildings.

Regional teams were to monitor the data and either “slow or shut off reopening” if needed.

But as cases began to tick up in September and October, that approach of closing down whole regions was shelved in favor of restrictions on tightly defined “micro-clusters,” some as small as a single neighborhood, identified largely based on test positivity rates.

As cases and hospitalizations surged in November and December, the approach shifted again as big swaths of the state saw their virus numbers surge well past the levels that had once been high enough to land a place in one of the governor’s “red zones” with the toughest restrictions.

By Dec. 11, the governor said he would only impose those zoned restrictions in hot spots where hospitals were running out of beds for COVID-19 patients.

Today, there are no red zones in the state and just eight orange zones — none of which are in Oneida County or Albany County, which have among the state’s highest hospitalization rates.

Cuomo has explained the changes by stressing that he’s “following the science” while trying to limit economic disruption in a state weathering a devastating drop in sales tax revenues.