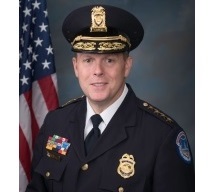 Sund had defended his department’s response to the storming of the Capitol, saying officers had “acted valiantly when faced with thousands of individuals involved in violent riotous actions.”

In his first public comment on the mayhem, Sund said in a statement earlier Thursday that rioters attacked Capitol police and other law enforcement officers with metal pipes, discharged chemical irritants and “took up other weapons against our officers.”

It was “unlike any I have ever experienced in my 30 years in law enforcement here in Washington, D.C.,” said Sund, a former city police officer.

Lawmakers from both parties pledged to investigate and questioned whether a lack of preparedness allowed a mob to occupy and vandalize the building. The Pentagon and Justice Department had been rebuffed when they offered assistance.

Rep. Val Demings, D-Fla., a former police chief, said it was “painfully obvious” that Capitol police “were not prepared.”

Rep. Tim Ryan, D-Ohio, who is the chairman of a subcommittee that oversees the Capitol police budget, announced the new review and suggested there would be leadership changes on the force.

“This is an embarrassment,” he said.