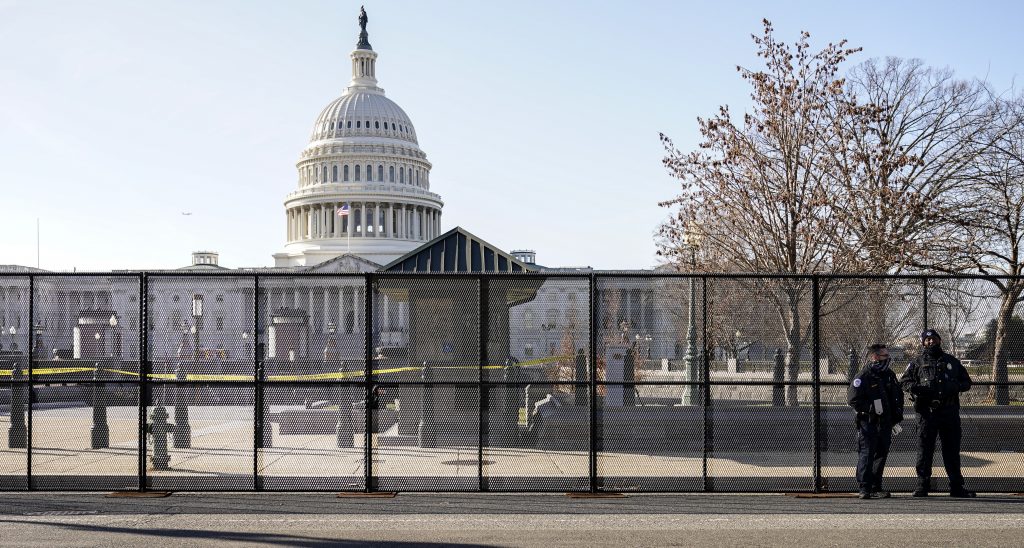 At a news conference Thursday, Army Secretary Ryan McCarthy said the military was erecting a 7-foot fence around the Capitol grounds in the wake of the storming of the building by supporters of President Donald Trump.

“Yesterday was a horrible and shameful day in our history,” McCarthy said of the takeover of the Capitol.

Around 6,200 National Guard troops from Washington, D.C., and six states have been mobilized to help police provide security in the capital. All of the military personnel will reach the capital by the weekend, he said.

“These personnel and these security measures will be in place for no less than the next 30 days,” McCarthy said.

He made the remarks at a news conference with Washington Mayor Muriel Bowser. He said city officials did not ask the Pentagon for military assistance until Wednesday afternoon, after the mob had broken through the police security cordon around the Capitol.

“When they called us over at the Pentagon we started getting awareness yesterday afternoon about the breach within the Capitol,” McCarthy said, adding that he “quickly worked to move our resources forward.”

Under federal law, McCarthy controls the Washington, D.C., National Guard — unlike Guard units in the states, which are under control of governors unless mobilized for federal missions.

McCarthy said 850 Guard members were at the Capitol on Thursday.