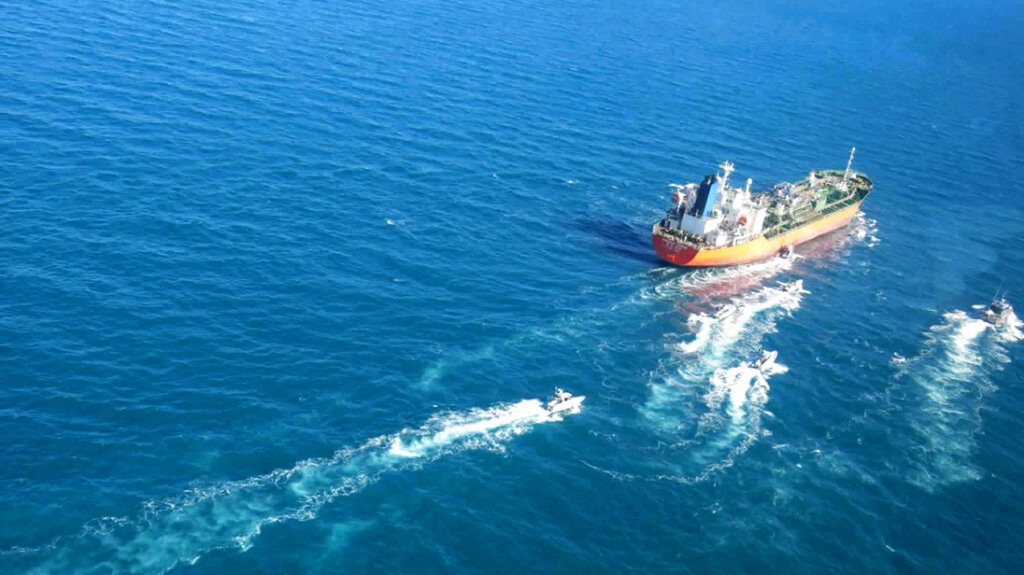 A South Korean delegation is heading to Iran on Wednesday to seek the release of a chemicals tanker and its 20-member crew seized in Gulf waters by Iranian forces, Yonhap news agency reported.

Iran denied on Tuesday it was using the ship and its crew as hostages, a day after it seized the tanker near the Strait of Hormuz while pressing a demand for Seoul to release $7 billion in funds frozen under U.S. sanctions.

The seizure of the MT Hankuk Chemi has been seen as an attempt by Tehran to assert its demands, just two weeks before Joe Biden takes office in the United States. Iran wants Biden to lift sanctions that were imposed by outgoing President Donald Trump.

Seoul’s Foreign Ministry had called in the Iranian ambassador on Tuesday to call for early release of the tanker and its crew of 20. Iran had said the ship was held over environmental violations.

In a report submitted to parliament, the ministry said South Korea is reviewing whether the ship violated international law by polluting the waters, as claimed by Tehran, but also whether Iran violated it during the boarding and seizure process.

South Korea‘s Vice Foreign Minister Choi Jong-kun is scheduled to visit Tehran on Sunday, a visit that was previously scheduled and during which a range of bilateral issues will be discussed, the ministry said on Tuesday.

In response to the seizure, meanwhile, Japan’s Ministry of Land, Infrastructure, Transport and Tourism warned Japanese shippers to use extra caution in operations in the area, an official at the ministry’s maritime bureau said.