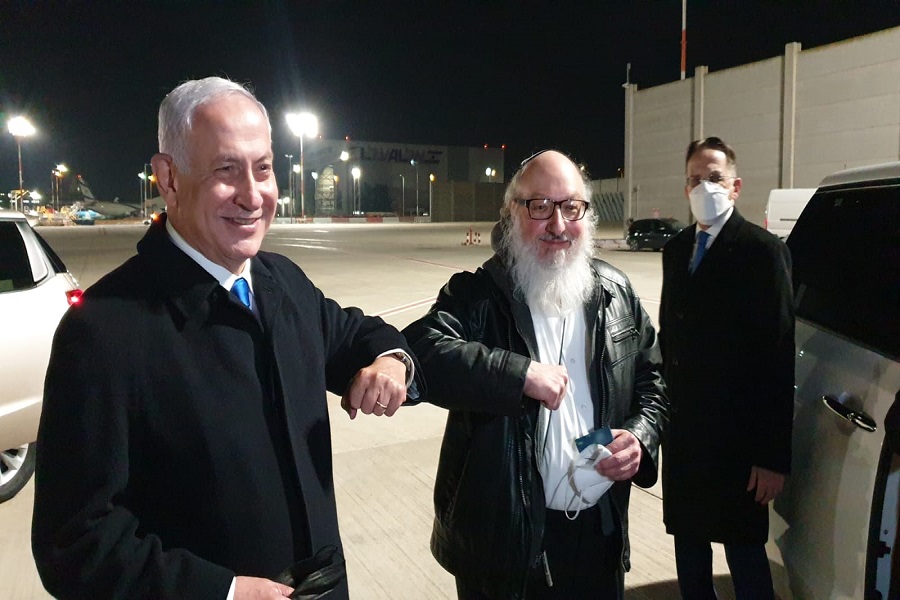 For the many of us who have closely followed the long and anguished saga of Jonathan Pollard, word that, at long last, Jonathan and his wife Esther had arrived in Israel, prompted an outpouring of powerful emotions: Profound gratitude to HaKadosh Baruch Hu that this miscarriage of justice had finally come to an end, and joining in the joy of this special couple. Many wept openly when they saw pictures of Pollard reciting Shehecheyanu and kissing the ground of Eretz Yisrael.

In contrast, the way the mainstream Israeli media covered their arrival, is yet another sign of how hopelessly out of touch they are with the moral conscience of the country. Not only was it treated like just another news item, the spin was all about searching for some sort of political angle. Much of the focus was on whether Pollard will agree to run for Knesset, and if he does, whether he will join the Likud party. The fact that Prime Minister Binyamin Netanyahu — who is currently facing a very tough election contest — decided to personally meet Pollard’s plane in the middle of the night, was also analyzed and covered extensively, as were the statements by the heads of the various other political parties.

Within hours, the speculation of Pollard’s running for Knesset started to fizzle out — and we can confirm here that he has absolutely no plans to enter politics — and the media’s attention gravitated to the news that another member of the Blue and White party defected, that still another new political party was born, and that the newest polls, unsurprisingly predict another stalemate. In the process, the Israeli journalists and pundits totally missed the main point of this story. For Jonathan, and his wife — who so heroically dedicated her life to battle for him for so many years — it is just as well. They always viewed media exposure as a way to rally support and get the truth of his story out, and now that they are finally home in Israel, they relish nothing more than being left alone.

But the broader public deserves better. They deserve to be reminded that Jonathan Pollard is a Jew who selflessly risked everything he had — because he genuinely cared about the safety of Jews thousands of miles away. After learning that — in violation of a bilateral sharing agreement — the American government wasn’t giving Israel information it had about Syrian, Iraqi, Libyan and Iranian nuclear, chemical, and biological warfare capabilities being developed for use against Israel, he decided to tell the Israelis about it.

He never spied against America, and the crime he pled guilty to — passing classified information to an ally without intent to harm the United States — had a median sentence of two to four years. Instead, he received an unprecedented and unconscionable life sentence. Senior U.S. government officials with firsthand knowledge of the case later acknowledged that his sentence was not because of what he did, but because of who he was — a Jew — and the country he helped was Israel.

Jonathan Pollard paid a very heavy price for his caring. Thirty agonizing years behind bars and five additional years under difficult parole restrictions. With enormous courage and inner strength, he emerged emotionally intact, exhibiting much emunah, ahavas Yisrael, and even a wonderful sense of humor.

We all owe him a great debt of gratitude. And one of the best ways to show it is by respecting his privacy at this time, and letting him rebuild his life, along with his wife, may she have a refuah sheleimah.