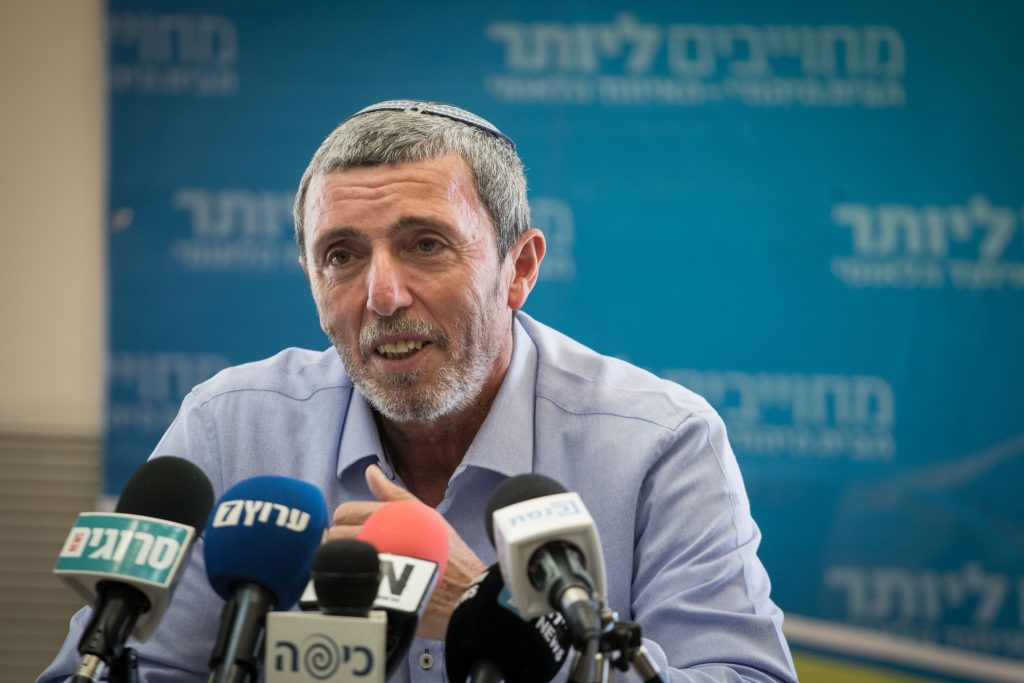 The Jewish Home chairman Rabbi Rafi Peretz will not be running at the head of the party in the March elections.

Rabbi Peretz, who served as Education Minister and Yerushalayim Affairs Minister during his year-and-a-half stint in politics, released a statement on Tuesday briefly reviewing his tenure.

“I was called upon to save the religious Zionist party,” he wrote. “I came to a party in crisis, seeking leadership after the previous party leader departed.”

“As a former Chief Rabbi of the IDF and IAF pilot, and as someone privileged to have educated thousands in religious Zionism, I knew this would be an indispensable but unenviable task.”

“I initiated several policies during my time as Education Minister and Yerushalayim Affairs Minister – an attempt to stop the theft of antiquities in Yehudah and Shomron, where Palestinians seek to destroy our heritage; the seamless migration to distance learning in the face of COVID-19; a tourism initiative to help Yerushalayim that has fallen victim to this virus along with so many of our citizens.

“I will remain in my Cabinet position until the formation of a new government. I would like to thank Prime Minister Netanyahu for his trust in me, and for all the good he has done for the country.”