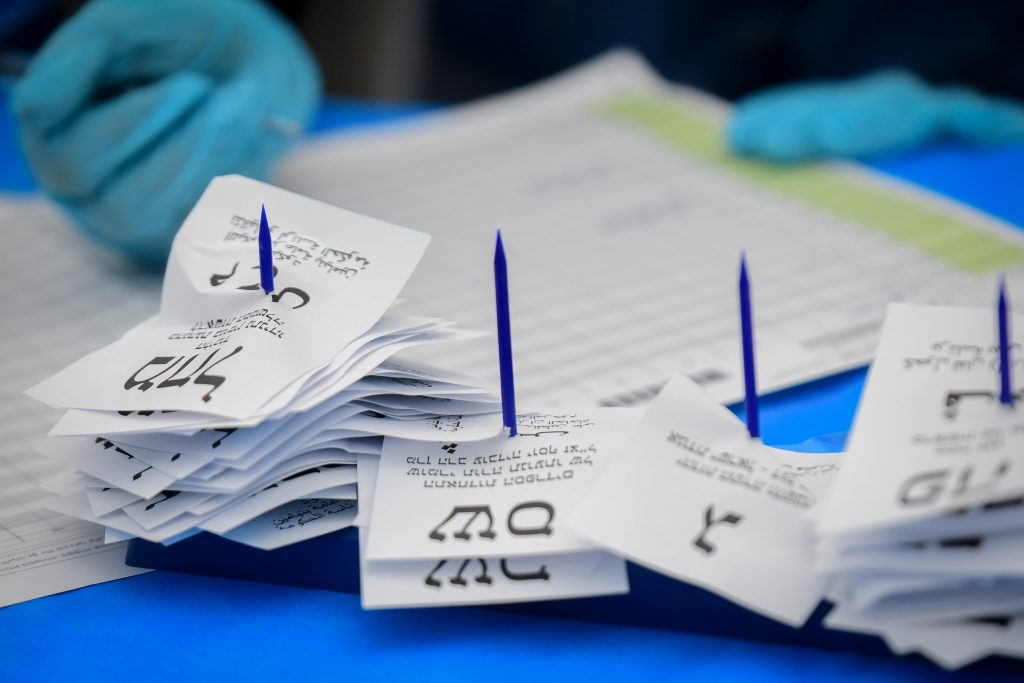 The parties arrayed in the March elections will offer the Israeli electorate some new choices, and according to a poll released on Tuesday, they intend to take advantage of them.

Less than half of Israelis—only 47%—say they expect to vote for the same party they voted for in the March 2020 elections, the Israel Democracy Institute says.

Benny Gantz’s Blue and White party is at the center of the shakeup. Only 16% of those who voted for it last time say they will do so again.

There is widespread disillusionment with Gantz after he left his partners Yesh Atid and Telem to join the Likud in a government which finally collapsed after months of bickering and inaction.

Yesh Atid and Telem are also reportedly splitting up; while Gideon Saar and Ron Huldai, among others, have established new parties.

Amid a fourth national election cycle in less than two years, 34.5% of Israelis told researchers that it does not matter who they vote for.

The poll 612 men and women representing a statistical sample of the adult Israeli population was conducted last on December 29 and 30 and had a 3.7%± margin of error. The fieldwork was done by the Midgam Institute.

In another poll, Israeli Prime Minister Binyamin Netanyahu‏‏ was seen having a hard time assembling a ruling majority in March.

If those numbers stay that way, Netanyahu’s right-wing-religious bloc would have 57 seats, four short of a majority.

However, a center-right coalition might be more viable. It would include New Hope, Yamina, Yisrael Beytenu, Yesh Atid and Blue and White, along with the center-left The Israelis for 62 seats.

Such a coalition would be difficult to form, though, given the disparate politics and personalities involved.

In any case, with 77 days left to the March 23 election, much could change.