Regional Amidst Criticism from Cuomo, de Blasio Pleads for Flexibility in Distribution
Regional 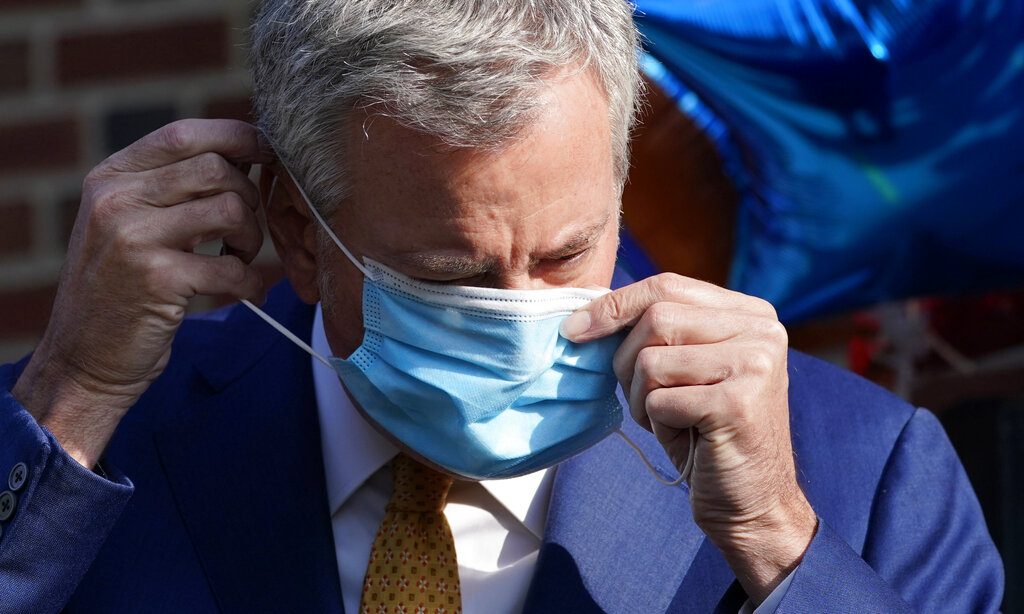 Facing strong criticism from state officials and the public, Mayor Bill de Blasio urged leniency in vaccination distribution rules and to allow the city to begin vaccinating the elderly.

After Cuomo lambasted de Blasio at his mayoral press conference on Monday, de Blasio responded to the criticism at his Tuesday conference. Without addressing Cuomo by name, de Blasio defended public hospitals lackluster vaccination roll out from state official’s demands.

On Monday, Cuomo said that whichever hospitals do not use up their vaccination allotment in 7-days face fines and risk not being allowed to continue distributing vaccines.

The mayor called on the state to ease the rules around who can be vaccinated. The state’s restrictions set a series of groups, based on priority, and those who violate the order risk large fines and the loss of medical licenses.

The state is currently prioritizing healthcare workers, essential workers such as EMTs and firefighters, and nursing home and group home residents and their caretakers. However, the elderly and those with preexisting conditions still have to wait.

Dr. Mitchell Katz, head of the city’s Health + Hospitals, pointed out that his 98-year-old father is still unable to receive a vaccination.

“[That] just doesn’t make sense. Let’s all work together. Let’s create the flexibility,” de Blasio pleaded. “[Give] our health care heroes the freedom to vaccinate. So, if someone’s 98, let’s get them a vaccine. If someone’s in one of Mitch Katz’s hospitals and they’re over 75, they should automatically have the right to be vaccinated. We can do more than one thing at once.”

He said he wanted the city to be able to vaccinate anyone over 75, teachers, police officers, and essential workers.

“We can do more than one thing at once,” he said, frustrated. “It’s just common sense… You can’t be bogged down.”