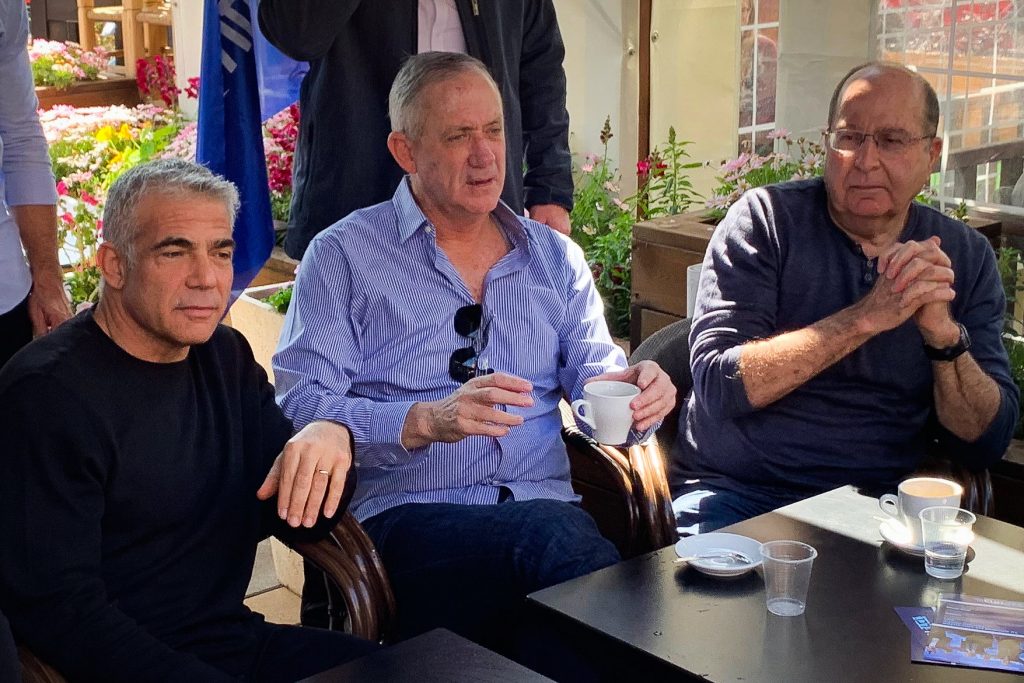 The Yesh Atid-Telem parties will end their partnership ahead of the March elections, according to Channel 12 on Sunday.

A meeting between the parties’ leaders, Yair Lapid and Moshe Yaalon, on Monday did not yield a solution to irreconcilable differences, and they will each go their own way.

Neither Yaalon nor Lapid responded to requests to comment on the report.

In the previous election, Telem and Yesh Atid ran on a joint slate with Benny Gantz’s Israel Resilience party, an alliance which was called Blue and White. When Gantz decided to join the Likud-led coalition, his partners refused, saying that had pledged during the campaign not to join Prime Minister Binyamin Netanyahu‏‏’s government but to topple it.

Meanwhile on Monday, Meretz announced a second Arab candidate in the top five of its electoral list:

Zoabi said she believes a lasting peace agreement between Israel and the Palestinians is possible.

She mocked Prime Minister Binyamin Netanyahu for his recent attempts to reach out to Arab voters.

“The Arab population is not stupid,” she said. “They know who doesn’t zigzag and who truly helps them.”

Vote-sharing agreements, which are widely used in Israeli elections, allow parties to ensure that extra votes that don’t add up to enough for another Knesset seat don’t go to waste. Instead a party is permitted to transfer these votes through a special agreement with another party, if they will help that party clinch another seat.

Agreements are usually signed between parties that are politically or ideologically close.

The two right-wing parties are vying for many of the same voters and are likely to join forces before or after the election.

Vote agreements have been signed between Yamina and New Hope and between Yesh Atid and Yisrael Beytenu. Shas and United Torah Judaism will likely sign one as well. The pair-ups could leave Likud without anyone to share extra votes with, risking the loss of a Knesset seat when the votes are tallied.

On Monday evening, Blue and White denied a Channel 12 report a merge with Yamina might be in the offing.

The party called it “a lie” and that Gantz is not considering any such move. “Enough fabrication and lies. Politicians had better focus on responsibly managing the country, instead of spin,” it said in a statement.

Likud put out a statement imputing the ideological integrity of its rivals, continuing the theme of the last campaign directed against Gant’s Blue and White:

“Bennett wants to run with Gantz, Ehud Barak declares that Gideon is on his side on the Left – while Gideon and Bennett have no government without the Left, only the Likud can form a full-fledged Right-leaning government,” they said.