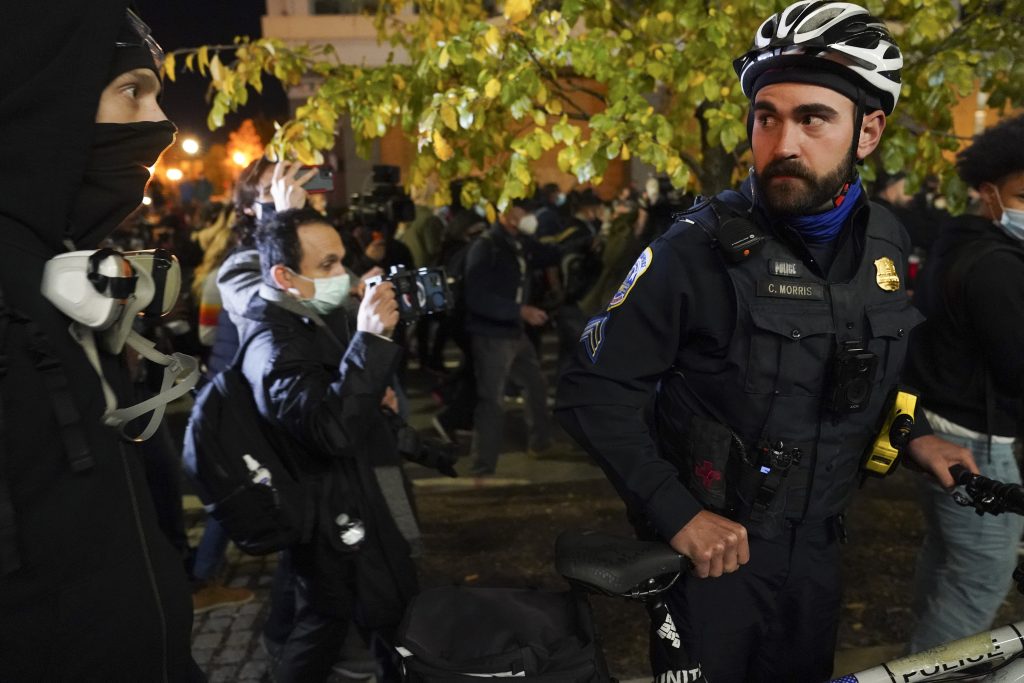 According to a U.S. defense official, Mayor Muriel Bowser put in a request on New Year’s Eve to have Guard members on the streets from Jan. 5-7th, to help with the protests. The official said the D.C. National Guard members will be used for traffic control and other assistance but they will not be armed or wearing body armor. Congress is meeting this week to certify the Electoral College results, and President Donald Trump has refused to concede while whipping up support for protests.

During a press conference on Monday, Bowser asked that people stay away from downtown D.C., and avoid confrontations with anyone who is “looking for a fight.” But, she warned, “we will not allow people to incite violence, intimidate our residents or cause destruction in our city.”

There will be about 115 Guard troops on duty at any one time in the city, said the defense official, who provided details on condition of anonymity to discuss internal deliberations. The official said Guard members will be used to set up traffic control points around the city and to stand with district police officers at all the city’s Metro stops. Acting Police Chief Robert Contee said Guard troops will also be used for some crowd management.

“Some of our intelligence certainly suggests there will be increased crowd sizes,” said Contee, adding, “There are people intent on coming to our city armed.”

Because D.C. does not have a governor, the designated commander of the city’s National Guard is Army Secretary Ryan McCarthy. Any D.C. requests for Guard deployments have to be approved by him.

The defense official said that there will be no active duty military troops in the city, and the U.S. military will not be providing any aircraft or intelligence. The D.C. Guard will provide specialized teams that will be prepared to respond to any chemical or biological incident. But the official said there will be no D.C. Guard members on the National Mall or at the U.S. Capitol.