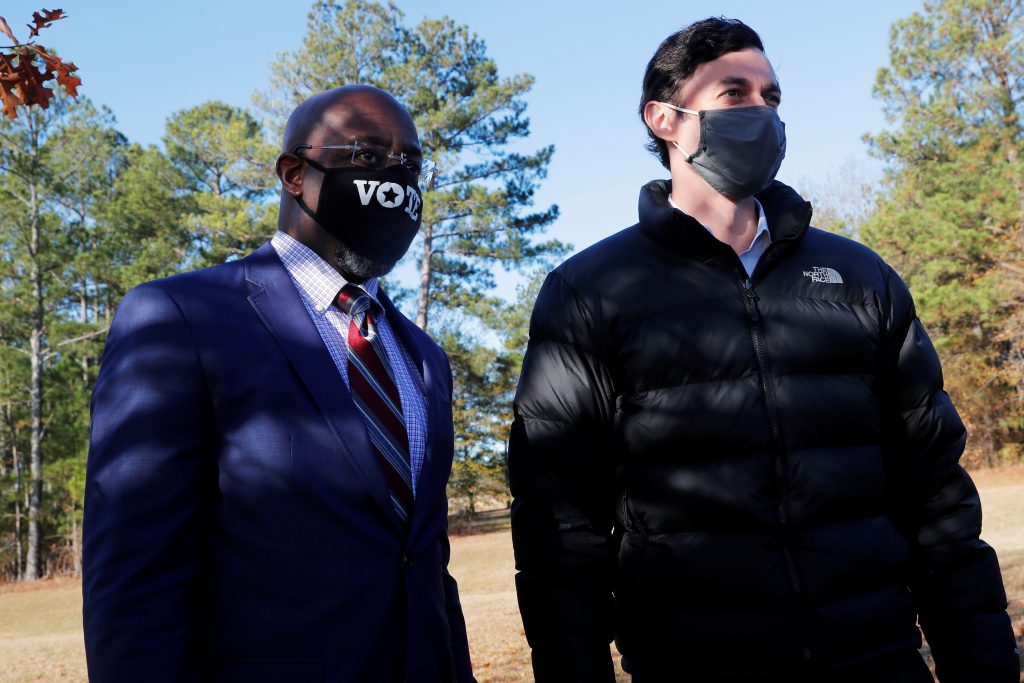 President-elect Joe Biden urged Georgia voters on Monday to send two Democrats to Washington in Tuesday runoffs that will decide control of the U.S. Senate, while President Donald Trump prepared his own pitch to keep the chamber in Republican hands.

“It’s a new year, and tomorrow can be a new day for Atlanta, for Georgia and for America,” Biden said at his event in the state’s capital city, while criticizing the outgoing president.

He said the Trump administration had “gotten off to a god-awful start” with the slow rollout of the COVID-19 vaccines. “The president spends more time whining and complaining than doing something about the problem,” he said.

He said the Democratic candidates, if elected, would ensure that $2,000 stimulus checks were delivered to Americans as the economy struggles during the coronavirus pandemic.

Long a solidly Republican state, Georgia surprised the nation in November by backing a Democratic presidential candidate for the first time in almost three decades. That has raised liberals’ hopes for Warnock and Ossoff, although they face an uphill battle and need twin victories to deny Republicans a Senate majority they could use to block Biden’s legislative agenda.

Later on Monday, Trump is due to address a rally in Dalton, a city in Georgia’s heavily Republican northwest.

The dueling appearances by Biden and Trump in the Southern state on Monday illustrated the high stakes of the contest, in which 3 million have already voted.

A sweep by the two Democrats would hand control to Biden’s party, as Vice President-elect Kamala Harris would hold the tiebreaking vote in the 50-50 chamber. That would make it easier for Biden to enact further coronavirus relief and tackle climate change, as Democrats also control the House of Representatives.

None of the Senate candidates won a majority in the Nov. 3 election, which spurred the runoff elections.

Loeffler said on Monday night she would object to the certification of the election results in Congress on Wednesday, joining about a dozen other Republican senators and over 100 Republican House members.

It is not clear whether Trump’s actions and his repeated claims of election fraud will affect the outcome of the Senate races. Strategists from both parties say the outcome could likely hinge on how many Republican voters participate on Tuesday, given strong Democratic early voting turnout.

“If we get our vote out on Election Day, then I think Perdue and Loeffler both have a very strong chance of winning,” Cobb County Republican Party Chairman Jason Shepherd told Reuters.

The Senate campaigns have obliterated spending records and spurred unprecedented turnout, as political groups have flooded the state with a tsunami of advertising.