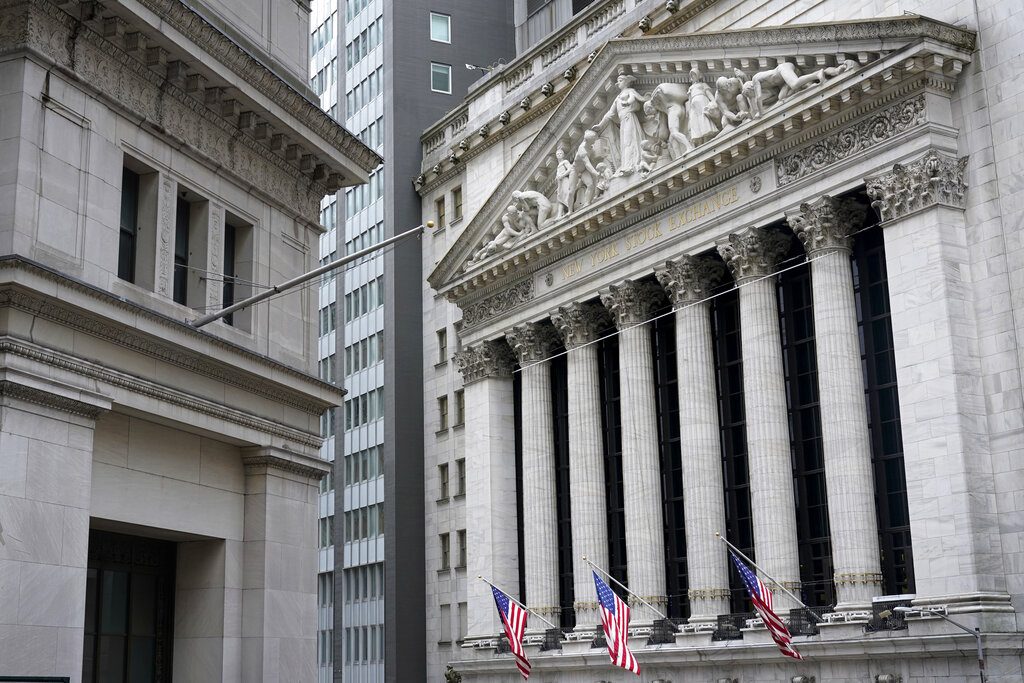 U.S. stocks are falling from their record highs Monday, as trading gets underway in a year where the dominant expectation is for a powerful economic rebound to eventually sweep the world.

Coronavirus cases keep climbing at frightening rates around the world, threatening to bring more lockdown orders that would punish the economy. The worsening numbers also raise the possibility that Wall Street has been overly optimistic about a big economic recovery given COVID-19 vaccines’ slow roll out.

Elsewhere in the world, stocks fell in Japan as officials there mull a state of emergency due to surging virus cases. But optimism was more prevalent in other markets. Most European and Asian stock indexes were higher, while Treasury yields climbed in a signal of rising expectations for economic growth and inflation.

The hope in markets had been that vaccines will allow daily life around the world to slowly return to normal. That’s helped spark a recent recovery for stocks of travel-related businesses, smaller companies and other industries left behind for much of the pandemic.

Even though infection rates and hospitalizations are at frightening levels, many investors have been betting that ultralow interest rates provided by the Federal Reserve and financial support for the economy recently approved by Congress can help tide the economy over until vaccinations become more widespread.

Governments might throw less stimulus at their economies than last year, but policy is “still at a very loose setting,” which supports stock prices and lending, said Kerry Craig of JP Morgan Asset Management in a report.

“Investors should look through the bumpier start to the new economic cycle and focus on the improved earnings outlook,” Craig said.

Of course, many risks remain for the market, even beyond the threat of economic lockdowns coming in the near term because of the raging pandemic. Prices have climbed enough that critics say stocks may be too expensive, particularly if the big rebound in corporate profits that investors expect to occur later this year doesn’t materialize.

Politics is also still a wild card. Two runoff races in Georgia on Tuesday will determine which party controls the Senate.

More than 80% of stocks in the S&P 500 were falling Monday. On the losing end of the market were several Big Tech stocks. Apple slipped 2.4%, Microsoft fell 2.2% and Amazon lost 2.1%. Because they’re so massive in size, the movements of Big Tech stocks have much more sway over the S&P 500 than other companies. Those three were the biggest drags on the index.

Momentum has slowed for Big Tech stocks, which soared earlier in the pandemic as shop- and work-from-home trends that benefit them accelerated. Many analysts expect the stock market’s gains to broaden this year as the economy recovers, with Big Tech no longer pulling so far away from the rest of the market.