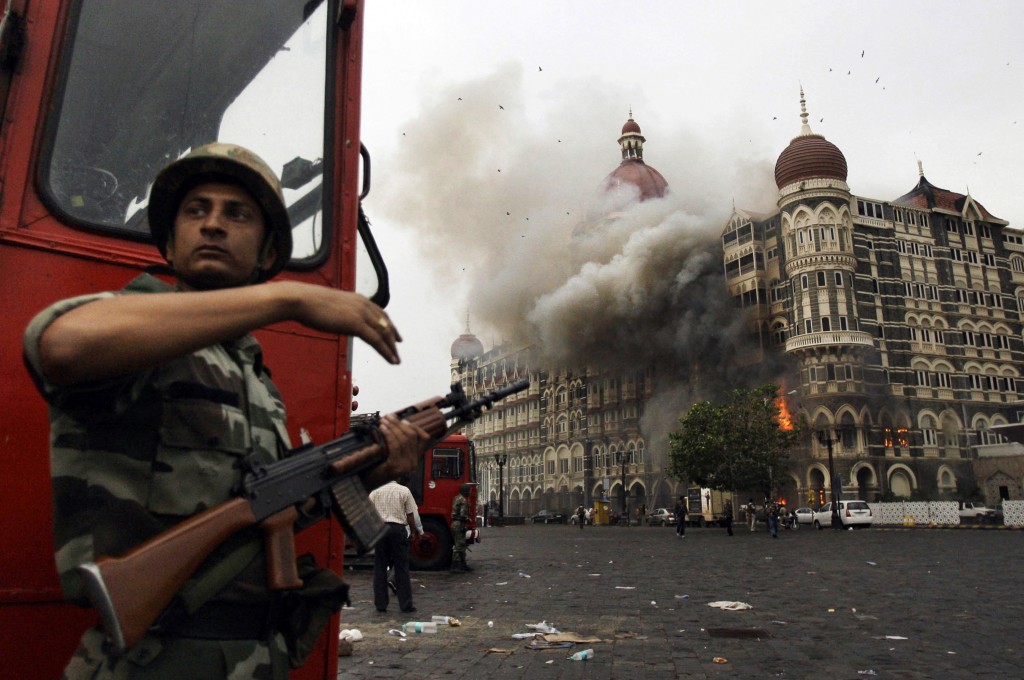 Pakistan’s security forces arrested Saturday an alleged leader of the terror group that was behind the bloody 2008 Mumbai attacks in India.

An official with the Pakistani counterterrorism police, Shakil Ahmed, said that Zaikur Rehman Lakhvi was seized in the eastern city of Lahore, on terrorism financing charges.

Pakitani authorities allege that Lakhvi was running a dispensary in Lahore as a front for financing terror activities.

Lakhvi was a prominent figure in Hafiz Saeed’s charity Jamaat-ud-Dawa, which is believed to be a front for Lashker-e-Taiba.

Saeed, who has been designated a terrorist by the U.S. Justice Department and has a $10 million bounty on his head, is presently serving multiple jail terms in Pakistan after being convicted in several cases in recent months. The Pakistani government has seized Saeed’s extensive network of mosques, schools, seminaries and charities and other assets in the country.

Relations between Pakistan and India were strained after the attack on India’s financial hub in 2008. The rival South Asian powers have fought two wars since gaining independence from Britain in 1947.