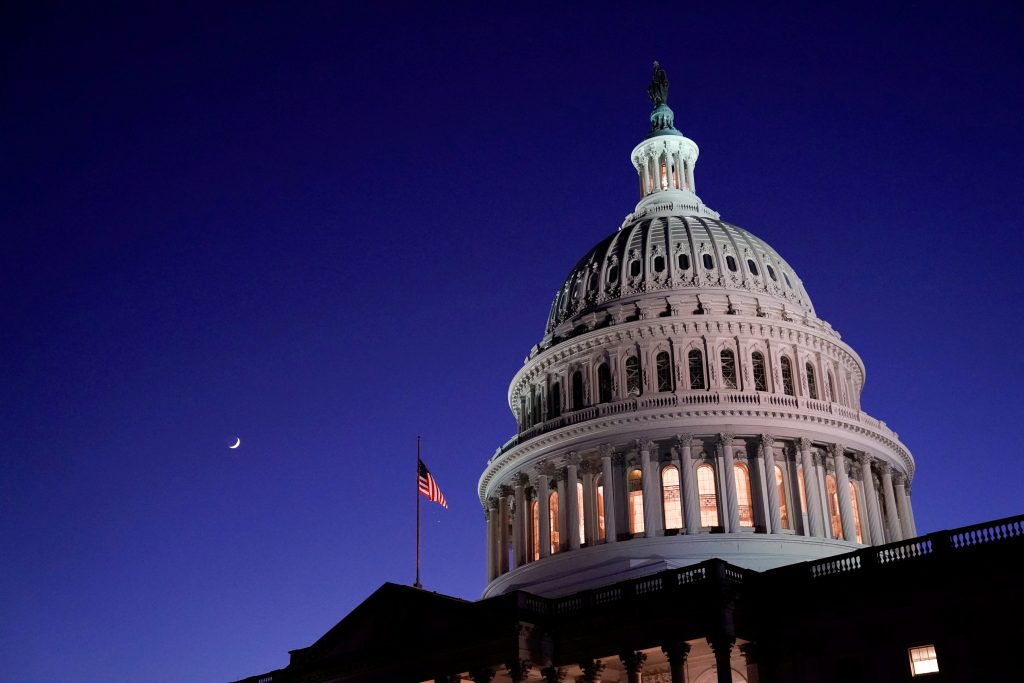 The new Congress faces many uncertainties as it takes office on Sunday, with Senate control undecided, a narrower Democratic majority in the House of Representatives and Republicans planning an immediate fight over the normally routine election certification.

Democrats lost 11 House of Representatives seats in the November elections, leaving them with a narrow 222-212 majority that gives Speaker Nancy Pelosi little room to maneuver in her first task of being reelected as the chamber’s leader.

The Senate remains Republican-run ahead of twin elections in Georgia on Tuesday, giving its members a platform to again air President Donald Trump’s claims that his loss to Democratic President-elect Joe Biden was the result of fraud.

Multiple state and federal reviews have found no evidence of the sort of widespread fraud Trump claims, but a group of Republican senators plans to challenge the election result when they certify it on Wednesday.

The narrower balance of power in both chambers this year could also encourage moderates from each party to flex their political muscles, especially after Trump leaves the White House on Jan. 20 and Biden, who ran as a centrist, takes office.

A smaller Democratic majority and the still-raging coronavirus pandemic could make it trickier for Pelosi, 80, to lock down her reelection to that post, although Pelosi and her lieutenants say they are confident she will succeed.

A smaller caucus means less room for dissident Democrats to vote against Pelosi without risking the possibility that Republican leader Kevin McCarthy wins the Speakership instead.

Fifteen Democrats opposed Pelosi’s bid for Speaker two years ago, with some saying it was time to change a leader who has led the party in the House since 2003 and been Speaker twice.

Ten of the 15 are returning, and some newly elected progressives, Jamaal Bowman and Cori Bush, recently declined to say whether they back Pelosi.

“I think she’ll have the votes,” Pelosi’s number two, House Majority Leader Steny Hoyer, told reporters last week. “We didn’t … work as hard as we worked to maintain the majority so we could set policy, to give that up.”

Pelosi has pledged to help working people, and last week announced a new committee on economic disparity to tackle some of the country’s inequities that she said had been laid bare by the coronavirus pandemic.

The coronavirus could be a wild card affecting attendance in Congress Sunday. A newly elected House Republican died of the virus last week, and a Democratic member tested positive, joining a list of dozens of members that have been affected since spring.

Because of the virus, House lawmakers will vote in groups, dragging out proceedings. House leaders announced social distancing guidelines that will restrict floor access to no more than 72 lawmakers at a time.

In the Senate, Republicans will have the majority at the opening session Sunday.

But the term of the other Georgia Republican senator, David Perdue, has expired, so he must wait for Tuesday’s results to know whether he can reoccupy his seat.

A Republican win of one or both Georgia seats would cement the Republican majority led by Mitch McConnell.

Twin Democratic wins in Georgia would produce a 50-50 Senate, where Democratic Vice President-elect Kamala Harris would hold the tie-breaking once she is sworn in on Jan. 20.