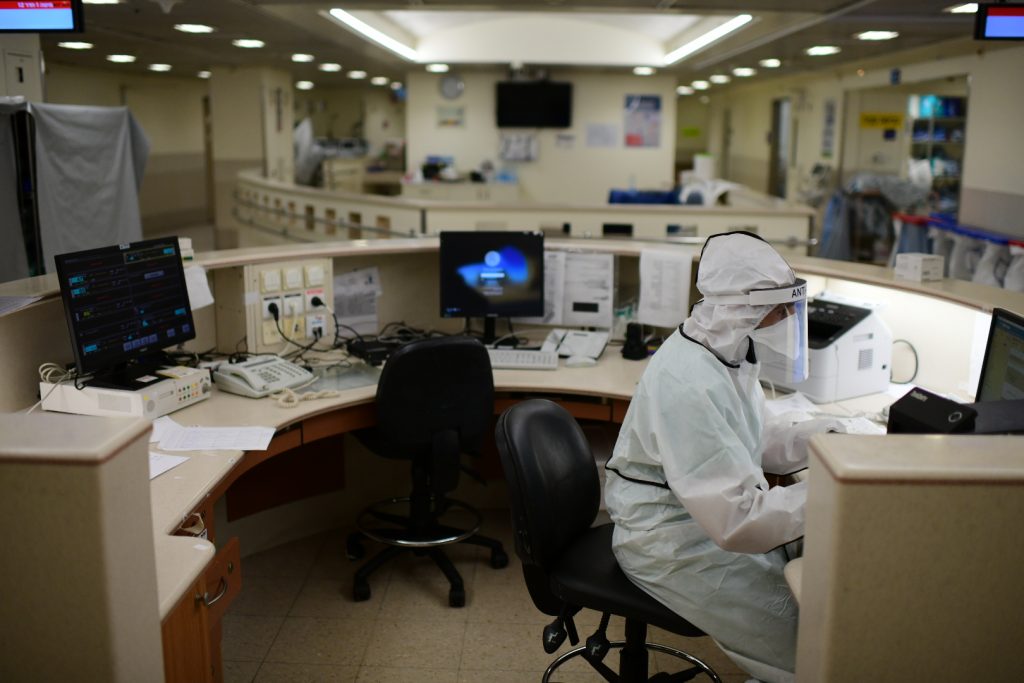 Israel’s hospitals are reeling under the pressure of the country’s third wave of the coronavirus, according to a Kan news report on Sunday evening.

The hospitals were said to be cancelling from 10 to 40% of non-urgent surgeries, and converting operating rooms into coronavirus wards.

“The third wave is more severe than the second,” the report quotes the managers of the Hadassah and Rambam hospitals as saying. “The numbers of serious patients are higher. We are forced to open more coronavirus wards.”

Meanwhile, Prime Minister Binyamin Netanyahu is pushing for more stringent lockdown measures for a week or two to in order to stem the soaring infection rates, according to media reports.

Health Minister Yuli Edelstein said on Sunday: “We’re going through a very severe outbreak and are probably in a more dire situation than we were in at the beginning of September,” Edelstein said, referring to the eve of the second lockdown during the Chagim.

“We will demand a full-blown lockdown for two weeks,” he said. “We need to deal one strong blow to morbidity rates and embark on a new path together.”

On Sunday morning, the Health Ministry reported 50,299 active cases in the country, with 3,977 new coronavirus cases confirmed the previous day (case numbers tend to see a drop over the weekend when testing rates are lower). The death toll stood at 3,392. Last week, daily cases broke through the 6,000 mark.

“It is hard to believe, but we are ten percent of all those who have been inoculated in the world,” he said, estimating that “by the end of March, the beginning of April, most people who want to get vaccinated will be able to get vaccinated and then we will be able have a broad opening of the economy and culture.”

The coronavirus cabinet is expected to meet later in the week to discuss the next steps, though some members of the Blue and White party reportedly dispute the dire assessments and oppose the idea of a tougher lockdown.