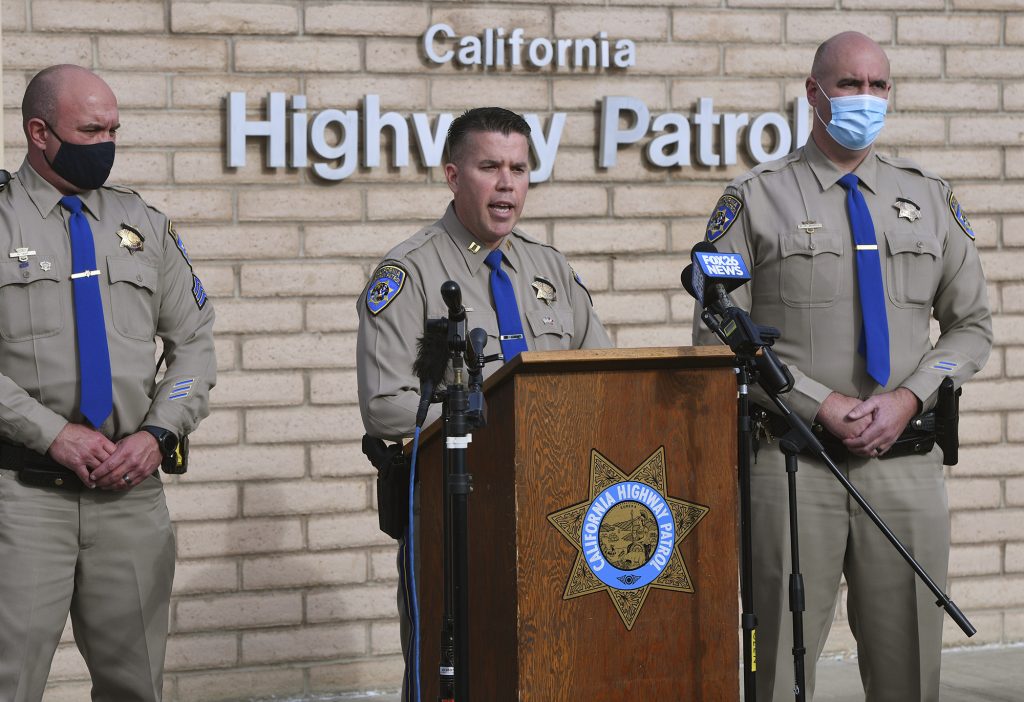 Investigators are asking for the public’s help to determine what led up to a head-on crash that killed seven children and two adults in central California on January 1.

The California Highway Patrol says everyone who reported Friday’s fiery crash on rural State Route 33 came upon the scene after the collision. The CHP hopes to talk to witnesses who saw what happened in the seconds before the SUV and the truck collided between Avenal and Coalinga.

The children, who were between 6 and 15 years old, were members of two related families traveling in a Ford F-150 truck that was struck by around 8 p.m. by a Dodge Journey SUV, the Fresno County Coroner’s office and the CHP said.

Evidence from the scene indicated that the Dodge being driven by a 28-year-old man was traveling southbound on the highway when it veered onto the dirt shoulder for an unknown reason, the CHP said. The driver then overcorrected and swerved into the southbound lane, where it struck the Ford driven by a woman, officials said.

The Ford burst into flames on the dirt shoulder, while the Dodge came to a stop straddling both lanes of the highway, the CHP said.

“When the fire was extinguished, tragically it was discovered there were eight occupants — seven of which appeared to be juveniles — inside the Ford,” CHP Capt. Kevin Clays said at a Saturday afternoon news conference. “We are working with the Fresno County Coroner’s Office to identify the occupants.”

The driver of the Dodge, the SUV’s only occupant, was identified as Daniel Luna of Avenal.

It was unknown if alcohol or drugs were a factor, pending toxicology results. Investigators will try to determine how fast both vehicles were going at the time of the crash, the Fresno Bee reported.

Weather or other road conditions did not appear to be a factor, officials said.

“Highway 33 is fairly straight in this location and not a lot of collisions occur at the same location where this collision occurred,” Clays said. “It’s well maintained.”

Clays said counseling has been offered for the officers who responded to the crash.