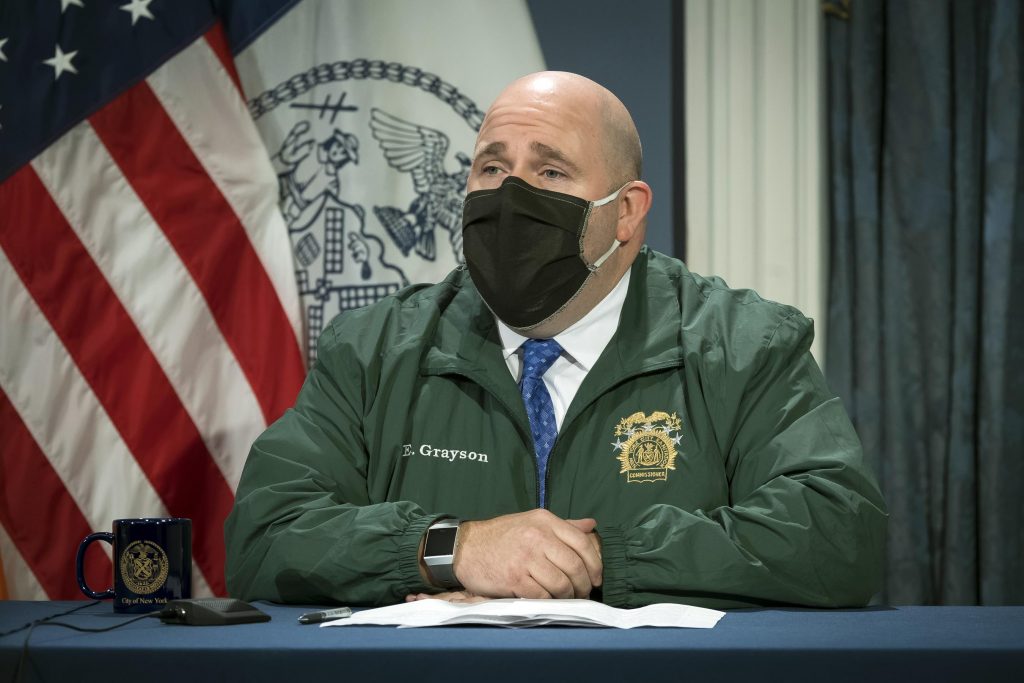 Grayson had been serving as acting commissioner for three months.

A 21-year veteran of the DSNY, Grayson grew up surrounded by civil servants. His father was a Sanitation worker and supervisor, and his mother was a coordinator of the city’s recycling program in the 1990s.

“Edward Grayson has distinguished himself in his Acting Commissioner role this autumn and winter. He has brought energy, experience, and passion for the agency’s mission to his role, and he has fully earned New Yorkers’ trust to keep our city clean and safe,” said de Blasio. “I’m proud to offer him this role on a permanent basis, and I look forward to working closely with him to build a fairer and better city.”

Grayson previously served as director of the Bureau of Cleaning and Collection from 2017-2020, and oversaw day-to-day operations of the entire waste and recycling collection and disposal system for the more than 10,000 pounds worth of daily garbage.

He also oversaw the DSNY’s response to snow clearance after storms, and was commended for his work after the 2016 Jonas Blizzard, the city’s largest snowstorm.

“Growing up in Ridgewood, everyone in my neighborhood had a plan for how they’d someday serve the people of New York, as so many of our parents did, including my own. As a Sanitation Worker, a Supervisor, a Superintendent, and a Chief, I’ve been proud to do just that for the last 21 years,” said Edward Grayson. “I want to thank Mayor de Blasio – and the men and women of this Department – for the trust they have placed in me during these deeply challenging times. Together, we’ll keep the city safe and clean.”