Politics In Call, Trump Pressures Raffensperger to Recalculate Vote in His Favor
Politics 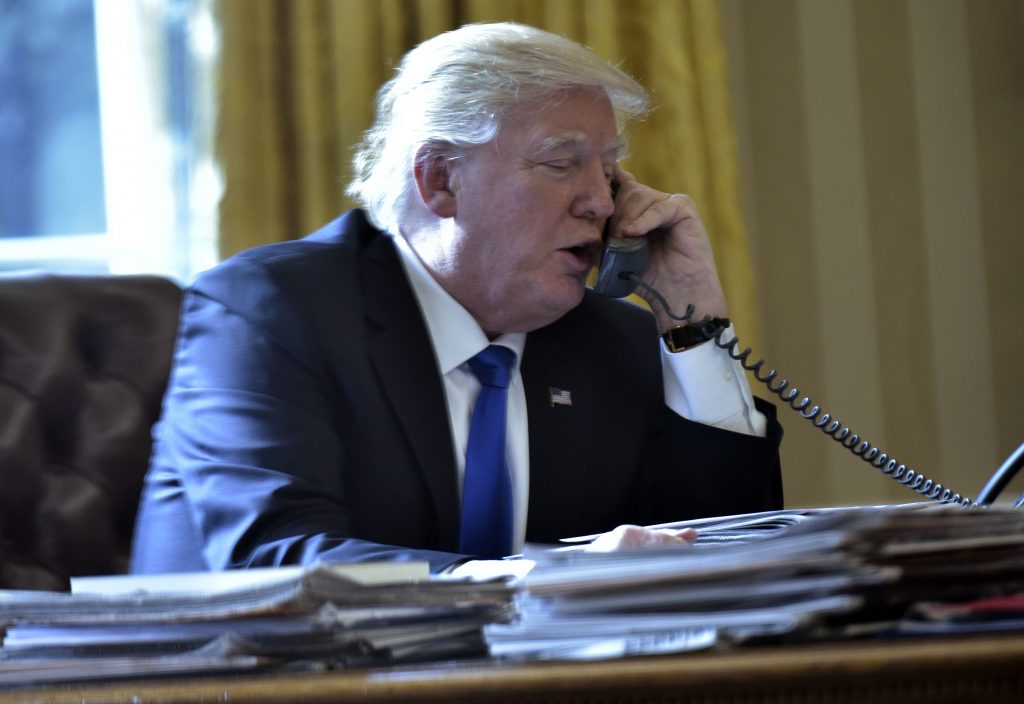 The Washington Post obtained a recording of the conversation in which Trump alternately berated Raffensperger, tried to flatter him, begged him to act and threatened him with vague criminal consequences if the secretary of state refused to pursue Trump’s false claims, at one point warning that Raffensperger was taking “a big risk.”

Throughout the call, Raffensperger and his office’s general counsel rejected Trump’s assertions, explaining that the president is relying on debunked conspiracy theories and that President-elect Joe Biden’s 11,779-vote victory in Georgia was fair and accurate.

“The people of Georgia are angry, the people in the country are angry,” he said. “And there’s nothing wrong with saying, you know, um, that you’ve recalculated.”

Raffensperger responded: “Well, Mr. President, the challenge that you have is, the data you have is wrong.”

At another point, Trump said: “So look. All I want to do is this. I just want to find 11,780 votes, which is one more than we have. Because we won the state.”

The rambling and at times incoherent conversation offered a remarkable glimpse of how consumed and desperate the president remains about his loss.

“There’s no way I lost Georgia,” Trump said, a phrase he repeated again and again on the call. “There’s no way. We won by hundreds of thousands of votes.”

Several of his allies were on the line as he spoke, including White House Chief of Staff Mark Meadows and conservative lawyer Cleta Mitchell, a prominent GOP lawyer whose involvement with Trump’s efforts had not been previously known.

In a statement, Mitchell said Raffensperger’s office “has made many statements over the past two months that are simply not correct and everyone involved with the efforts on behalf of the President’s election challenge has said the same thing: Show us your records on which you rely to make these statements that our numbers are wrong.”

The White House, the Trump campaign and Meadows did not immediately respond to a request for comment.

On Sunday, Trump tweeted that he had spoken to Raffensperger, saying the secretary of state was “unwilling, or unable, to answer questions such as the “ballots under table” scam, ballot destruction, out of state “voters”, dead voters, and more. He has no clue!”

Raffensperger responded with his own tweet: “Respectfully, President Trump: What you’re saying is not true.”

During their conversation, Trump issued a vague threat to both Raffensperger and Ryan Germany, the secretary of state’s legal counsel, suggesting that if they don’t find that thousands of ballots in Fulton County have been illegally destroyed to block investigators – an allegation for which there is no evidence – they would be subject to criminal liability.

“That’s a criminal offense,” he said. “And you can’t let that happen. That’s a big risk to you and to Ryan, your lawyer.”

It was clear from the call that Trump has surrounded himself with aides who have fed his false perceptions that the election was stolen. When he claimed that more than 5,000 ballots were cast in Georgia in the name of dead people, Raffensperger responded forcefully: “The actual number was two. Two. Two people that were dead that voted.”

But later, Meadows said, “I can promise you there are more than that.”

Another Trump lawyer on the call, Kurt Hilbert, accused Raffensperger’s office of refusing to turn over data to assess evidence of fraud, and also claimed awareness of at least 24,000 illegally cast ballots that would flip the result to Trump.

“It stands to reason that if the information is not forthcoming, there’s something to hide,” Hilbert said. “That’s the problem that we have.”

In the end, Trump asked Germany to sit down with one of his attorneys to go over the allegations. Germany agreed.

Yet Trump also recognized that he was failing to persuade Raffensperger or Germany of anything, saying toward the end, “I know this phone call is going nowhere.”

But he continued to make his case in repetitive fashion, until finally, after more than an hour, Raffensperger put an end to the conversation: “Thank you, President Trump, for your time.”