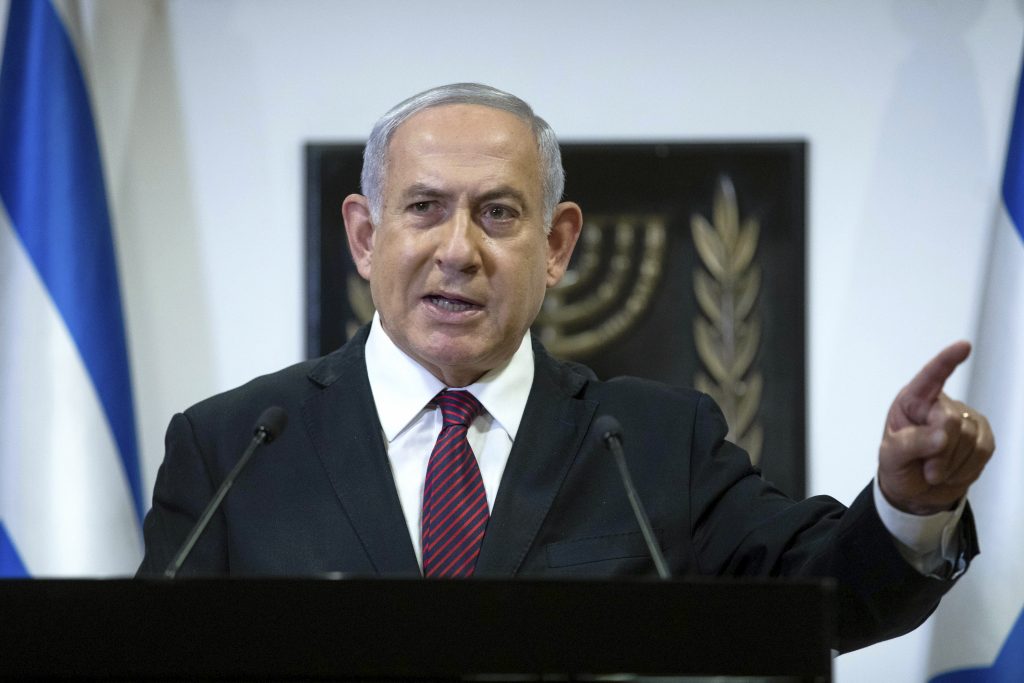 Reports of Prime Minister Binyamin Netanyahu‏’s intention to seek Arab votes in the next election elicited an unfriendly reaction from members of the Joint Arab List on Sunday.

Netanyahu was quoted in media reports telling a Likud meeting that “just as I broke the Palestinian veto on relations with the Arab states, so I am breaking the Arab parties’ veto with the Arab citizens of Israel.”

“I believe in [Zionist leader Ze’ev] Jabotinsky’s doctrine that all rights need to be given to every citizen in the State of Israel. We’re reaching out to Arab voters — vote for us.”

The remarks come as the prime minister has made appearances in the past few days in vaccination centers in Arab towns, notably where the one millionth coronavirus vaccination was given.

It marks a departure from traditional Likud campaigning which has often played on the anti-Arab feelings of its constitutency, thus drawing more than just mild surprise.

The veteran Joint List MK Ahmed Tibi mocked him on Army Radio, saying that “I wouldn’t put it past Netanyahu to put on a gallabiyah and call himself Abu Yair until the election. Whoever believes him, deserves what he gets.”

MK Mansour Abbas, who has been criticized in the JAL for being willing to work with Netanyahu to benefit the Arab community, wasn’t working with him on outreach, saying he should “go search for votes in Hadera, not in Umm al-Fahm.” (Actually, many Arabs also live in the Hadera district.)

“I was the first person to change the perspective and agenda of the politicians in the Israeli Right towards the Arab society from an anti-Arab viewpoint to one that puts them at the center of political debate,” Abbas said.

But that he and his colleagues, and not the Likud, are “the sons and delegates of the Arab community, which we proudly represent and handle its burning issues.”

A Likud campaign source said it was too early in the election campaign to estimate the support for Likud among Israeli Arabs, but that he sees “great potential” in them, according to The Jerusalem Post.

According to the source, the Israeli Arab sector no longer wants to be outside of the mainstream of Israeli politics, and in particular they are frustrated with the Joint List’s opposition to the Abraham Accords, more in line with Palestinian interests than theirs.