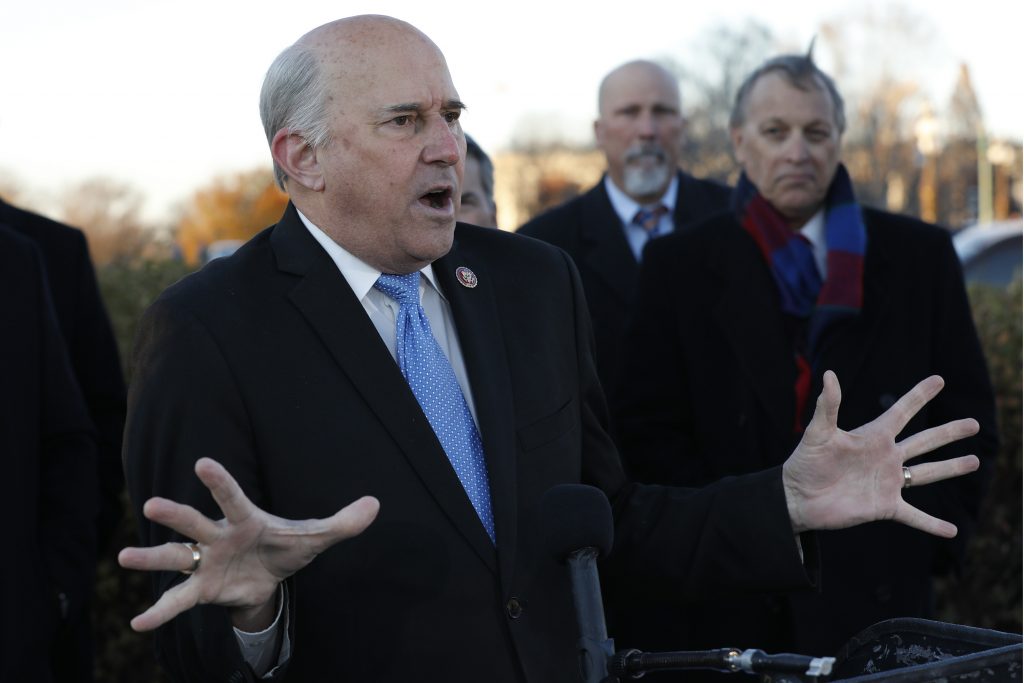 East Texas congressman Louie Gohmert suggested that “violence in the streets” may be the only remaining option to block Joe Biden from becoming president, after a federal judge rejected his lawsuit aiming to force Vice President Mike Pence to overturn the election.

U.S. District Judge Jeremy Kernodle, a Trump appointee from Gohmert’s hometown of Tyler, threw out the lawsuit late Friday, ruling that he and other plaintiffs — including the GOP chairwoman in Arizona and that state’s defeated slate of Republican electors — lack standing.

Late Friday on Newsmax, Gohmert said he had sought redress in court “so that you didn’t have to have riots and violence in the street.”

“Bottom line is, the court is saying, ‘We’re not going to touch this, you have no remedy,’” Gohmert said. “Basically, in effect, the ruling would be that you’ve got to go to the streets and be as violent as antifa and BLM.”

It’s not the first time Gohmert — a former state trial court judge who just won his ninth term in Congress — has expressed admiration for the use of violence to overturn an election.

At a “Million MAGA March” in November near the White House, he urged Trump supporters to consider “revolution” like the Egyptian uprising seven years ago and the American colonies’ revolt against England.

“They rose up though all over Egypt, and as a result of the people rising up in the greatest numbers in history, ever anywhere, they turned the country around …. If they can do that there, think of what we can do here,” he told thousands of cheering supporters.

Saturday afternoon, Gohmert insisted that “violence is not the answer” and he was not advocating otherwise.

“I have not encouraged and unequivocally do not advocate for violence,” he said in a written statement that maintained he was only “recognizing what lies ahead when the institutions created by a self-governing people to peacefully resolve disputes hide from their responsibility.”

By law, the vice president presides over that joint meeting but in an entirely ceremonial capacity.

Gohmert and his fellow plaintiffs wanted the court to let Pence toss out Biden’s victories in a handful of states, nullifying tens of millions of ballots and replacing the will of the electorate with their own desire to give Trump a second term.

Kernodle ruled that Gohmert’s lawsuit hinged on a series of hypothetical allegations “far too uncertain to support standing.”

“Plaintiffs presuppose what the Vice President will do on January 6, which electoral votes the Vice President will count or reject from contested states, whether a Representative and a Senator will object under Section 15 of the Electoral Count Act, how each member of the House and Senate will vote on any such objections, and how each state delegation in the House would potentially vote under the 12th Amendment absent a majority electoral vote,” the judge wrote in the 13-page ruling.

The judge also found that as a lone congressman, Gohmert cannot sue on the basis of alleged harm to the House as a whole, even if he could prove such harm.

The lawsuit challenges the 1887 Electoral Count Act, which sets the vice president’s role in announcing the results as purely ceremonial. Members of the House and Senate can object to the slates of electors from any state, forcing a debate, but the vice president has no say in the matter; he only announces the results.

Gohmert insisted in court that the law violates the 12th Amendment, which provides for separate Electoral College votes for president and vice president.

Pence himself sided against Gohmert in court, asking Kernodle to throw out the lawsuit. A 14-page filing by the Justice Department argued that the lawsuit should be aimed at Congress, not Pence: “It is the role prescribed for the Senate and the House of Representatives in the Electoral Count Act to which plaintiffs object, not any actions that Vice President Pence has taken.”

Five House members from Texas have committed to objecting to the Electoral College tally on Wednesday, citing unproven claims of fraud: Gohmert and Reps. Brian Babin of Woodville, Lance Gooden of Terrell, Randy Weber of Friendswood, and newly elected Ronny Jackson of Lubbock, who will be sworn in on Sunday.

GOP House members say that 140 or more of their colleagues will object, though with Democrats firmly in the majority, they have no chance of overturning Trump’s defeat.

Congress will be required to debate and vote on the results if at least one senator also objects.

Sen. Ted Cruz and 10 other GOP senators announced Saturday that they will oppose certification of President-elect Joe Biden’s victory when Congress meets Wednesday to review the Electoral College outcome, demanding a 10-day delay to allow an emergency “audit” of results in battleground states where President Donald Trump disputes the outcome.

Even in the Senate, such objections are doomed with McConnell and the rest of the GOP leadership staunchly opposed.