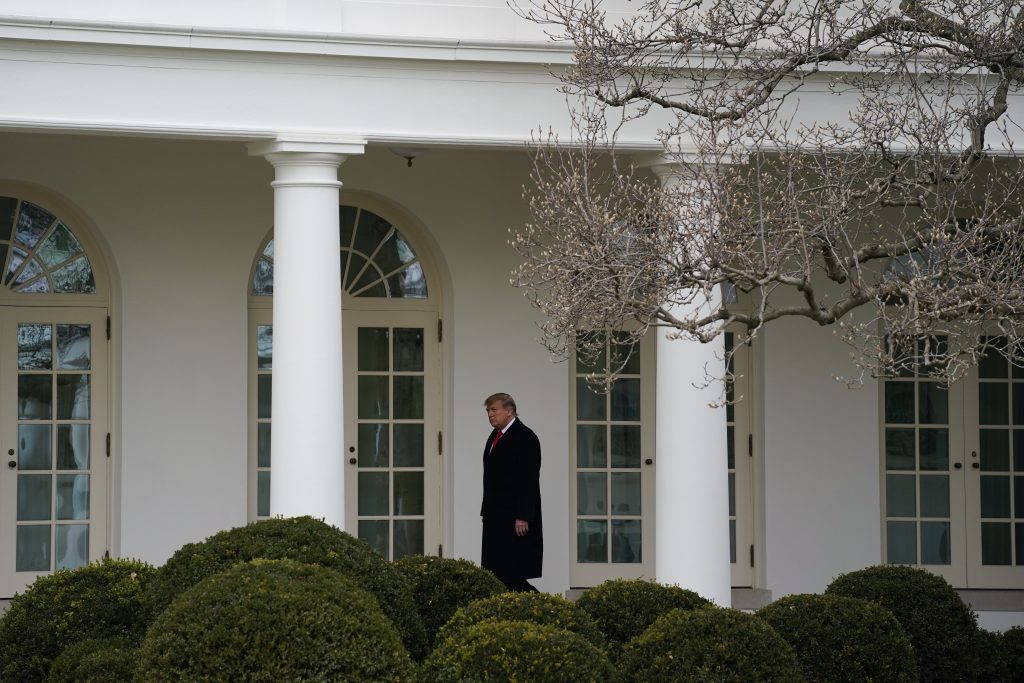 The White House is preparing to temporarily freeze some foreign aid during President Donald Trump’s final days in office, two people with knowledge of the planning said, slowing down funds already approved by Congress.

The Trump administration can’t unilaterally cancel the funding, but it can bog the process down by asking Congress to claw the money back. Lawmakers will likely reject this request, but the act of asking Congress to recoup the money allows the White House to freeze it until Trump leaves office on Jan. 20.

Trump has long complained about U.S. taxpayer money going to other countries, but Congress has repeatedly blocked him from doing anything about it.

The move to freeze the money was conveyed in a notice this week from the White House Office of Management and Budget to U.S. government officials who work on foreign aid programs. The OMB officials told the agencies that the White House was working on a package of spending freezes, said the two people, who spoke on the condition of anonymity to discuss internal communications.

More details on exactly which items would be frozen are expected in the coming days.

U.S. foreign aid officials had been expecting some sort of effort by the White House to freeze their funding, ever since Trump blasted the bipartisan coronavirus stimulus and spending bill passed by Congress last week. In a surprise video statement, Trump criticized aid going to Cambodia, Myanmar (also known as Burma), Egypt, Pakistan and Central America, among other programs.

Trump signed the bill into law on Sunday night, but then issued a statement saying he would demand “many rescissions” under the Impoundment Control Act, which allows the president to temporarily freeze certain funding, after sending a notice to Congress on the amount of the proposed rescission and the reasons for it. If Congress does not pass legislation approving the rescission within 45 days, the funds are unfrozen and must be spent as Congress originally intended.

The 45-day clock runs only when Congress is in session, and the Trump administration will be able to freeze the funds through Jan. 20, when President-elect Joe Biden takes office.

The Trump administration, which over its four years in office repeatedly tried to cut foreign aid in its formal budgets only to be rebuffed by Congress, has used the rescission process as a tool to make it harder for the State Department and USAID to spend money. Last year, it tried to use the bureaucratic move to cancel up to $4 billion in foreign aid, but scrapped the plan after facing opposition from Republican and Democratic lawmakers.