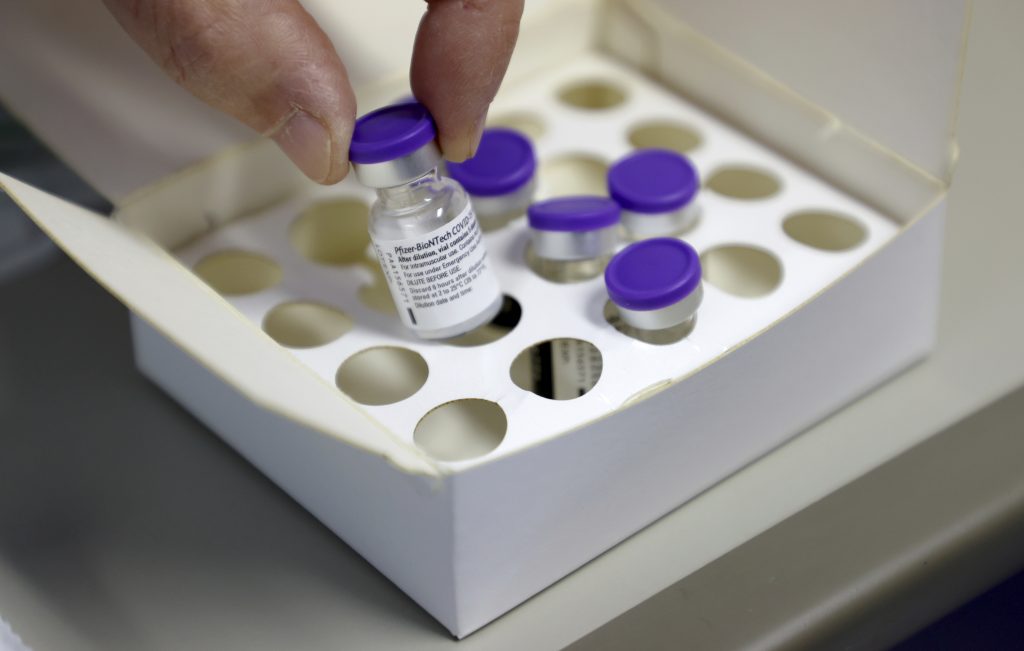 Only about 2.6 million Americans had received a COVID-19 vaccine going into the last day of December, putting the United States far short of the government’s target to vaccinate 20 million people this month.

About 14 million doses of Pfizer’s and Moderna’s vaccines have been distributed to states so far, federal officials told reporters on Wednesday, shy of its goal to ship 20 million doses this month.

As late as early December, officials maintained they would have 40 million doses available this month, enough to vaccinate 20 million Americans with a two-dose regimen. On Dec. 4, FDA Commissioner Stephen Hahn told Reuters that vaccinating 20 million Americans by year-end was realistic, depending on the vaccination campaign.

Since then, officials have said they are committed to making enough doses available without commenting on targets for actual vaccinations as it has become clear that inoculations are falling short of the number of doses distributed.

“The rapid availability and distribution of so many doses – with 20 million first doses allocated for distribution just 18 days after the first vaccine was granted emergency use authorization – is a testament to the success of Operation Warp Speed,” a Department of Health and Human Services spokesperson said in a statement. Doses that have been allocated but not distributed will ship in January.

The government has said that for every dose shipped, it is keeping a second dose in reserve as well as a safety stock, which would bring the total number of vaccine doses closer to 40 million.

Even as the number of doses distributed neared the goal of reaching 20 million people, the pace of actual vaccinations has been far slower than anticipated, according to data released by the Centers for Disease Control and Prevention.

“The Federal Government has distributed the vaccines to the states. Now it is up to the states to administer. Get moving!” President Donald Trump tweeted.

Local public heath officials told Reuters that the lack of federal funding for vaccine distribution has prevented them from hiring needed staff.

“We know that it should be better and we are working hard to make it better,” Operation Warp Speed chief adviser Dr. Moncef Slaoui said in a media briefing.

Some 51 million U.S. frontline essential workers, like fire fighters, police, and teachers, as well as people over 75 should be next to receive a vaccine, a CDC advisory panel has recommended.