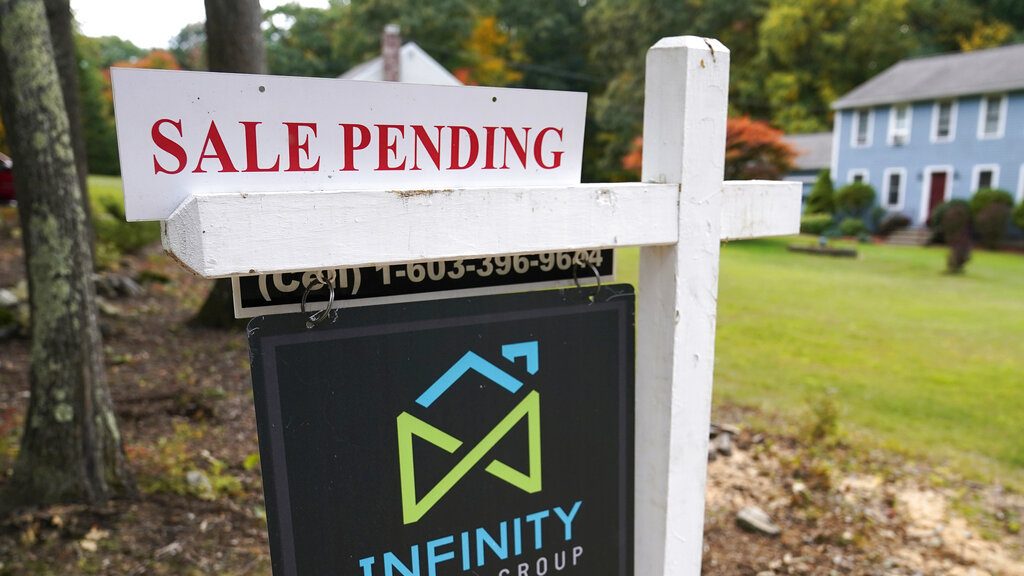 The number of Americans who signed contracts to buy homes declined last month, but was still a record high for November when a seasonal slowdown traditionally seeps into the real estate market.

The National Association of Realtors said Wednesday that its index of pending sales fell 2.6% to 125.7 in November, down from October’s revised reading of 129.1. An index of 100 represents the level of contract activity in 2001. It was the third straight monthly decline.

Contract signings are a barometer of finalized purchases over the next two months, so Wednesday’s report may preview what could be a strong winter for the housing market.

Contract signings are still 16.4% ahead of where they were last year, thanks to a big summer rebound that followed a spring washout due to the coronavirus outbreak. Contract signings in all four regions — the Northeast, South, Midwest and West — declined from October to November but are up double-digits year-over-year through last month.

Historically low interest rates are drawing prospective buyers into the market, but home prices have risen significantly the past year as supply remains near all-time lows.