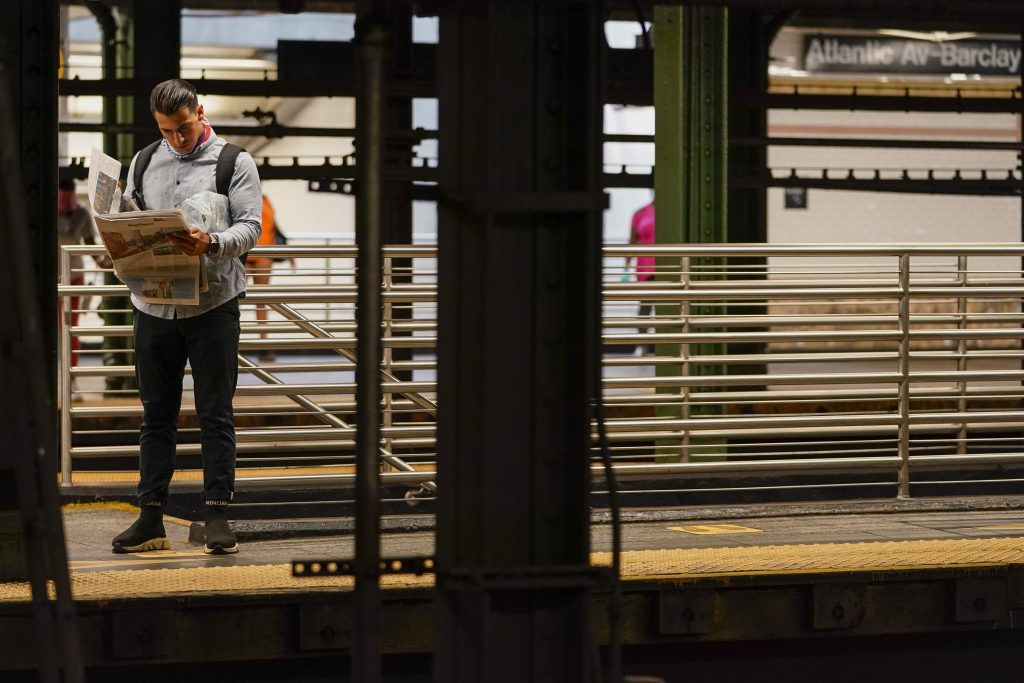 For the New York area’s public transit providers, 2020 was a year of existential challenges as the coronavirus pandemic caused ridership and revenues to crater, took the lives of more than 100 transit employees and created gaping budget holes whose effects may not be fully felt for years.

The new year offers some hope for a rebound: a new presidential administration considered more friendly to public transit needs; vaccines that will slow the virus’ spread and help bring back commuters; federal stimulus dollars to blunt some of the pandemic’s effects and advances in major infrastructure projects.

A look at what transit users can expect in 2021:

The federal stimulus bill recently signed by President Trump provides $4 billion in aid that will stave off the Metropolitan Transportation Authority’s so-called “doomsday” budget that could have resulted in deep bus and subway service cuts, fare hikes and layoffs. Those could still be contemplated if additional aid isn’t made available, but the sigh of relief was evident last week when the measure passed both chambers.

The money “buys us a year, it buys us all of 2021 and the $4 billion-plus covers the MTA deficit in 2021,” MTA CEO Patrick Foye told Bloomberg TV. “We’ll need more relief then, but to get us through this year is extraordinarily important.”

New Jersey Transit, which is also navigating ridership totals that are barely reaching 25% of pre-pandemic levels, has enough of its federal aid from last summer to make it to the end of the fiscal year in June, CEO Kevin Corbett said. It expects roughly $1.2 billion in the new round of funding, which will keep it on sound financial footing for the near term, he said.

PATH, operated by the Port Authority of New York and New Jersey, has been running trains at roughly 95% of its normal scheduled even as ridership hovers below 25%. The system likely won’t get direct federal funding in the current bill, but the Port Authority is seeking about $3 billion to cover overall revenue losses due to the pandemic.

“The Port Authority has over $3 billion in revenue losses which, if unaddressed, will have a severe impact on the agency and on the region,” spokesman Scott Ladd said. “We will continue to advocate for substantial aid with elected leaders and with the incoming administration.”

IN WITH THE NEW

The year will start off with the opening of the $1.6 billion Moynihan Train Hall, across Eighth Avenue from New York’s Penn Station in the former Farley Post Office building. Amtrak will move its baggage area, ticket offices and ticketed waiting area there, and the Long Island Rail Road will use the 255,000-square-foot space as well. The effect will be to reduce crowding at Penn Station and offer a striking contrast to that facility’s dingy, windowless expanse.

The pandemic isn’t expected to affect PATH’s work to repair damage in its Hudson River tunnels caused by 2012’s Superstorm Sandy or its plans to expand capacity at its Grove Street and Exchange Place stations to accommodate nine-car trains.