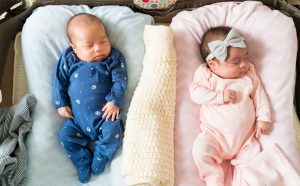 Liam was the top choice of baby names for boys in 2019, for the fourth straight year, and Emma led on the girls’ side for the third consecutive year. There were 764 Liams and 497 Emmas born in New York City last year.

The city Health Department releases baby-name statistics for each year at the end of December the following year.

On the boys’ side, Noah, Ethan and Jacob were Nos. 2, 3 and 4 for the second consecutive year, followed by Lucas, Aiden, Daniel, Michael, David and Matthew.

Manhattan had the most births with 42,482. (Borough listings are based the location of the hospital of birth, not necessarily the home of the mother). Brooklyn was second with 27,067, followed by Queens with 22,606, the Bronx with 12,607 and Staten Island with 5,681.