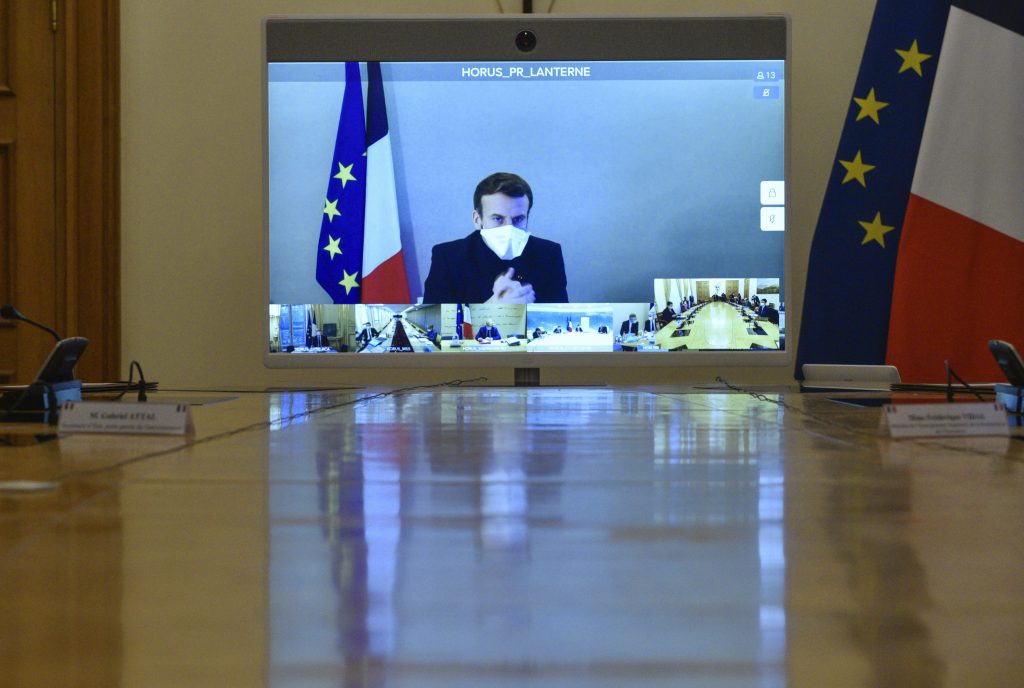 French President Emmanuel Macron no longer has virus symptoms and was leaving isolation Thursday after a week with COVID-19, but is urging the French public to limit their contacts and remain vigilant to keep infections under control during the end of year season.

Macron’s office said that he is finishing a week of isolation at a presidential retreat in Versailles based on French health protocols, which recommend seven days of confinement following the appearance of symptoms or a positive virus test.

In an apparently self-shot video from the presidential retreat last week, a tired-looking Macron said he was suffering from a dry cough, headaches and fatigue, and said negligence and bad luck led to him getting infected.

French authorities lifted virus restrictions for the holidays but infections remain high, and some doctors are urging new lockdown measures.