Israel Report: Israel Tries to Use Milley to Convey Messages to Biden on Iran
Israel 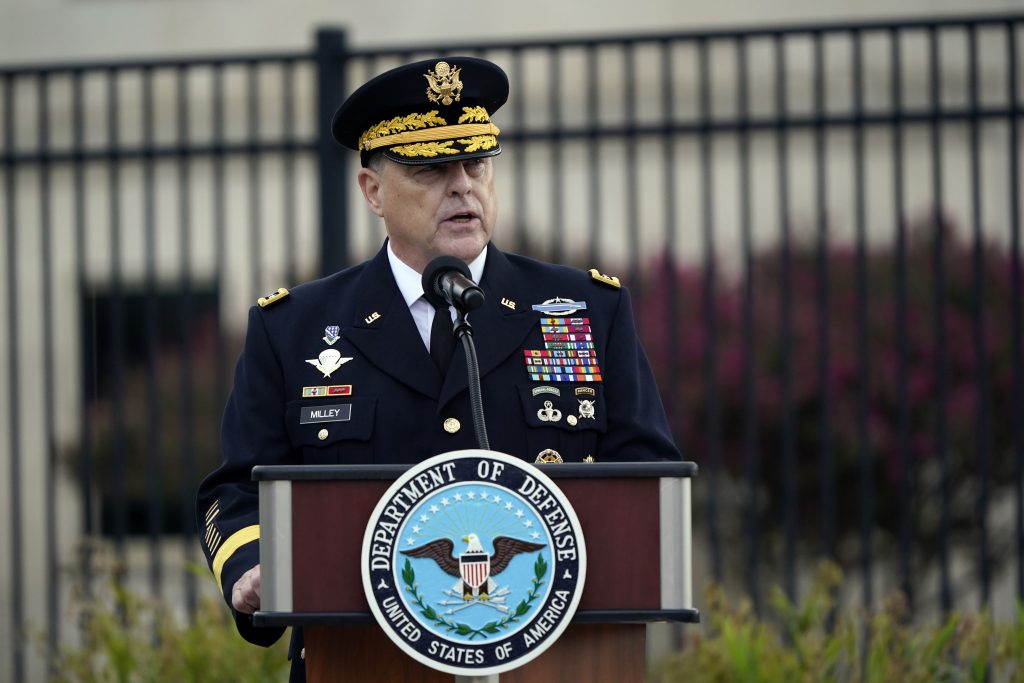 Israel used the recent visit by Gen. Mark Milley, chairman of the Joint Chiefs of Staff, to pass on several messages to the incoming Biden administration regarding Iran and other regional developments, senior Israeli officials told Axios’ Barak Ravid.

He notes that naturally the Israeli government is very concerned about President-elect Joe Biden’s future plans on Iran and the 2015 nuclear deal, but Israel has yet to open direct contacts with the incoming administration. Milley is a potential bridge to Biden’s White House because he is expected to stay on beyond the transition.

“We wanted to make our case to the new administration on Iran through someone who is still going to be in the room when Biden assumes office and is going to play a substantive role in any policy review that will take place,” an Israeli official said, according to the report.

Meanwhile, Milley arrived in Israel last Thursday after visiting several Arab capitals. It was his third visit to the region this year, and came amid fears of Iranian retaliation over the assassination of Iranian nuclear scientist Mohsen Fakhrizadeh.

It seems that the main message from the Israelis was that Biden shouldn’t rush back into the 2015 deal but should instead take advantage of the fact that Iran is in a weak position, Israeli officials said.

If Biden doesn’t use the leverage the U.S. has accumulated through its “maximum pressure” sanctions regime, the Israelis argued, he’ll find it impossible to make a better deal later.

“We stressed that the starting point of any talks with Iran is much better for the U.S. today than it was in 2013. What is needed now is to be tough in order to get a better deal,” an Israeli official said.

While Biden says that he will return to the 2015 deal if Iran returns to compliance and attempt to use it as a platform to negotiate a broader and longer-lasting deal, that would require the U.S. to lift sanctions and Iran to unwind its recent nuclear activities.

Milley made it clear to the Israelis that he still hasn’t had a chance to speak with members of the incoming administration, but said Biden’s national security team has a pro-engagement approach to Iran.

Milley even referenced John Kerry and Susan Rice among those who could influence the administration’s thinking on Iran, an Israeli official said, despite the fact that their roles in the Biden administration (Kerry as climate czar, Rice running the Domestic Policy Council) have nothing to do with Iran.

The Israelis also told Milley that the incoming administration should be more flexible when it comes to relations with Saudi Arabia and the United Arab Emirates, despite concerns over their records on human rights, the officials said.

“We think it is important the next administration will keep the momentum of the normalization process, and we think that at the current point in time what needs to lead U.S. policy is this historic regional opportunity. So we hope the new administration will look at the complexities and not burn the bridges with those countries,” an Israeli official said.