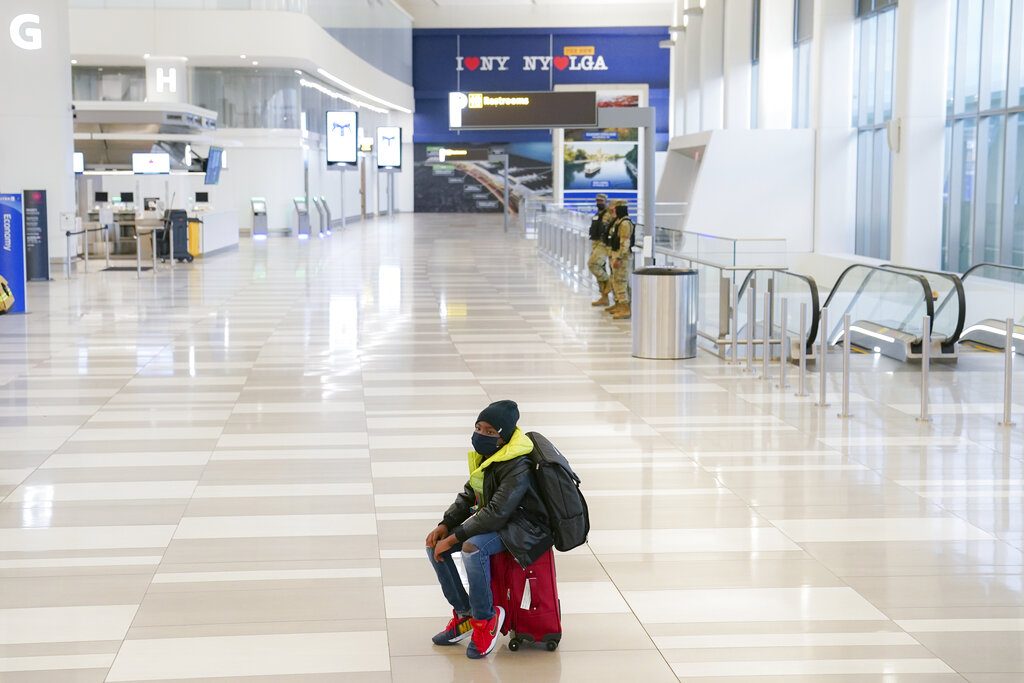 A Delta flight out of New York City was halted after a man and a woman carrying a service dog exited the aircraft using an emergency slide, an airline spokesperson said Tuesday.

The incident occurred on Monday as the jet was leaving for the flight from LaGuardia Airport to Atlanta, said the spokesperson Morgan Durrant.

Witnesses reported seeing an agitated-looking man who was traveling with the woman force open a cabin door and jump out using the emergency chute leading to the runway. He was quickly followed by the woman with the dog.

Passenger Brian Plummer told The New York Times that before they exited, the pair had changed seats several times on a flight that wasn’t full. The man finally stood up and ignored a flight attendant’s order to take a seat for takeoff, Plummer said.

The man told the flight attendant that he couldn’t sit still because of his post-traumatic stress disorder, Plummer added.

The aircraft was forced to return to the gate where the remaining customers got off and were later put on alternate flights.

It wasn’t clear if the two passengers would face any charges.

The incident recalled the 2010 case of Steven Slater, a JetBlue flight attendant who activated a chute during a tantrum on a plane landing at Kennedy Airport. He went on the public address system, swore at a passenger who he claimed treated him rudely, grabbed a beer and slid down onto the tarmac.

Slater was sentence to a year of probation after completing a court-ordered treatment program.