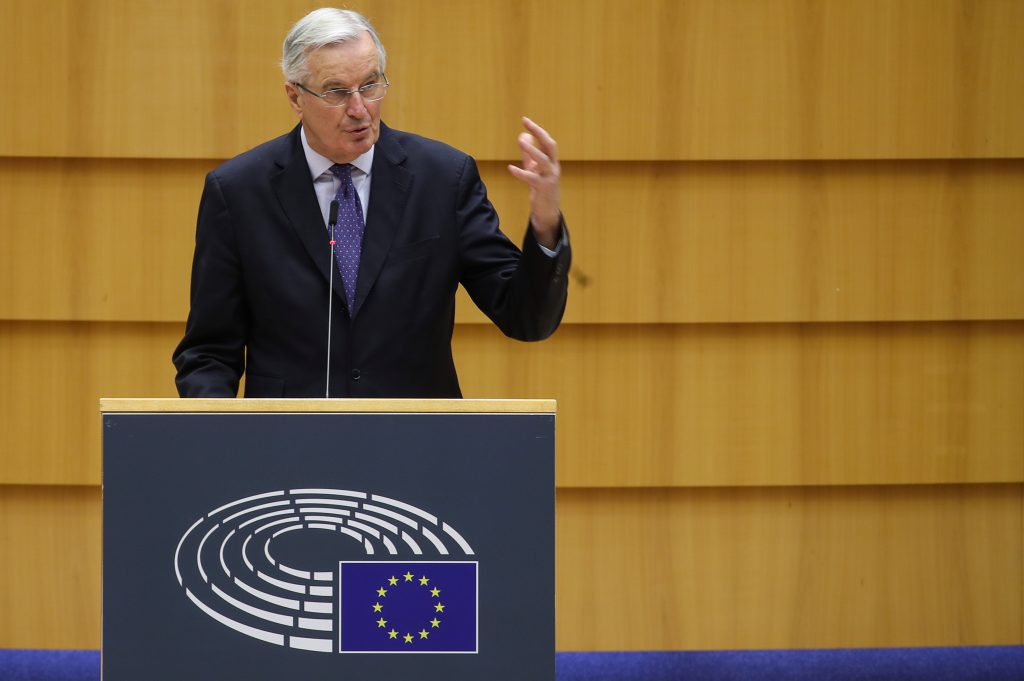 Britain and European Union have just hours left to navigate the very narrow path to a Brexit trade deal that would prevent the most turbulent finale to the Brexit crisis in less than two weeks’ time, EU chief negotiator Michel Barnier said on Friday.

As talks go down to the wire, both sides are demanding the other compromise amid a flurry of often conflicting messages that, variously, a deal is possible, a deal is in serious trouble or that a deal is imminent.

An accord would ensure that the goods trade which makes up half of annual EU-U.K. trade, worth nearly a trillion dollars in all, would remain free of tariffs and quotas beyond Dec. 31.

“It’s the moment of truth,” EU chief negotiator Michel Barnier told the European Parliament in Brussels. “There is a chance of getting an agreement but the path to such an agreement is very narrow.”

“We have very little time remaining, just a few hours to work through these negotiations in a useful fashion if we want this agreement to enter into force on the first of January.”

Sterling, which has oscillated to the beat of Brexit news for five years, fell 0.5% against the U.S. dollar to $1.3513, retracing most of Thursday’s gain.

British Prime Minister Boris Johnson told European Commission President Ursula von der Leyen in a call on Thursday that talks were in a “serious situation” and that it now looked very likely that an agreement would not be reached unless the EU position changed substantially.

Von der Leyen said progress had been made but bridging the divide on some areas, especially fisheries, would be “very challenging.”

Johnson, the face of the 2016 Brexit campaign, will ultimately have to decide whether to accept the narrow deal on offer from the EU or risk the economic chaos and domestic political applause that walking away would trigger.

Britain joined the EU in 1973, and formally left on Jan. 31. Since then, it has been in a transition period under which rules on trade, travel and business remain unchanged.

Failure to agree to a deal on goods trade would send shockwaves through financial markets, hurt the economies of Europe, snarl borders and sow chaos along delicate supply chains that stretch across Europe and beyond.

Senior British Minister Michael Gove on Thursday put the chances of getting a deal at less than 50%. He also said talks could potentially continue until at the end of December.

Johnson portrays Brexit as a chance to build Britain into a fully independent economy that would be much more agile than its competitors, and so does not want to be tied into the EU’s orbit and its rules for years to come.

EU powers fear London wants the best of both worlds – preferential access to EU markets, with the advantage of setting its own rules. They say this would undermine a project that has sought to bind the nations of Europe, ruined by World War II, into a global trading power.