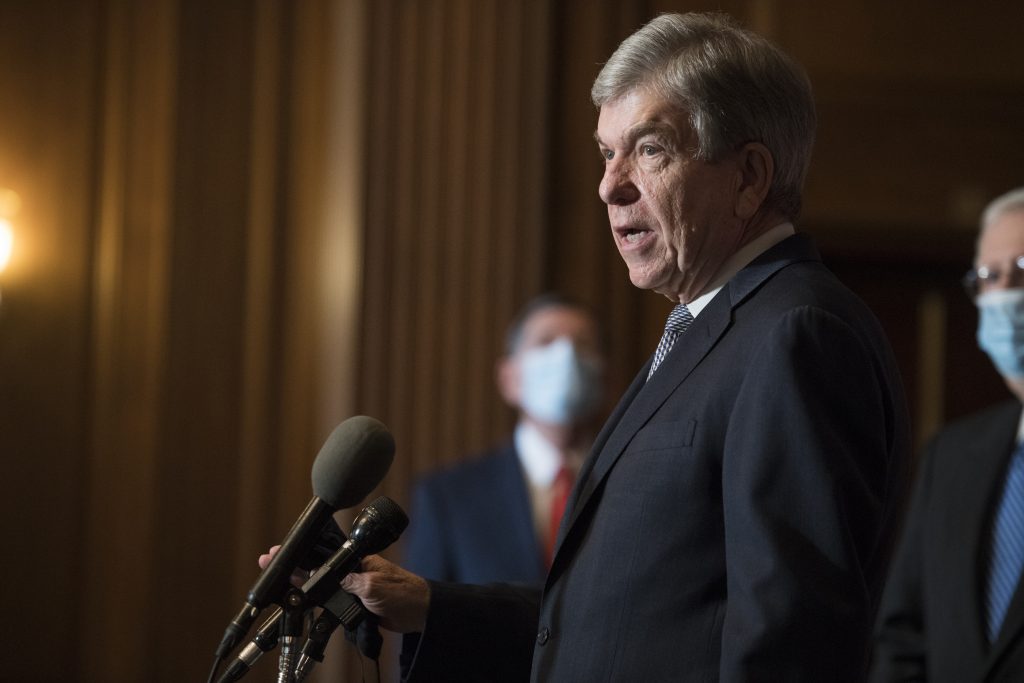 Congressional negotiators closed in Wednesday on a $900 billion COVID-19 relief package that would deliver additional “paycheck protection” subsidies to businesses, $300 per week jobless checks, and $600 or so stimulus payments to most Americans.

The long-delayed measure was coming together as Capitol Hill combatants finally fashioned difficult compromises, often at the expense of more ambitious Democratic wishes for the legislation, to complete the second major relief package of the pandemic.

It’s the first significant legislative response to the pandemic since the landmark CARES Act in March, which delivered $1.8 trillion in aid and more generous jobless benefits and direct payments to individuals. Since then, Democrats have repeatedly called for ambitious further federal steps to provide relief and battle the pandemic, while Republicans have sought to more fully reopen the economy and to avoid padding the government’s $27 trillion debt.

“We made major headway toward hammering out a bipartisan relief package,” Senate Majority Leader Mitch McConnell of Kentucky told reporters Wednesday morning. And during a Senate GOP lunchtime call a day earlier, party leaders stressed the importance of reaching an agreement before for the upcoming Georgia Senate runoff election, according to a person who was on the private call and granted anonymity to discuss it.

The details were still being worked out, but lawmakers in both parties said leaders had agreed on a top-line total of about $900 billion, with direct payments of perhaps $600 to most Americans and a $300-per-week bonus federal unemployment benefit to partially replace a $600-per-week benefit that expired this summer. It also includes the renewal of extra weeks of state unemployment benefits for the long-term jobless. More than $300 billion in subsidies for business, including a second round of “paycheck protection” payments to especially hard-hit businesses, are locked in.

Democrats acknowledged that the removal of a $160 billion-or-so aid package for state and local governments whose budgets have been thrown out of balance by the pandemic was a bitter loss.

“It’s heartbreaking for us,” said Sen. Dick Durbin of Illinois, whose state has big fiscal problems.

The emerging package was serving as a magnet for adding on other items, and the two sides continued to swap offers.

And it was apparent that another temporary spending bill would be needed to prevent a government shutdown at midnight on Friday. That is likely to easily pass.

House lawmakers returned to Washington Wednesday in hopes of a vote soon on the emerging package, which would combine the COVID-19 relief with a $1.4 trillion governmentwide funding bill and a host of other remaining congressional business, including extending expiring tax breaks and passing other unfinished legislation.

Negotiations intensified on Tuesday after months of futility. Before the election, with Democrats riding high in the polls, House Speaker Nancy Pelosi took a hard line in the talks. Now, McConnell is playing a strong hand after a better-than-expected performance in the elections limited GOP losses in Senate races.

McConnell successfully pushed to get Democrats to drop their much-sought $160 billion state and local government aid package while giving up a key priority of his own — a liability shield for businesses and other institutions like universities fearing COVID-19 lawsuits. Democrats cited other gains for states and localities in the emerging deal such as help for transit systems, schools and vaccine distribution.

The addition of the $600 direct payments came after recent endorsements from both Trump and progressives including Sen. Bernie Sanders, I-Vt., who remains dissatisfied about the overall package.

“Everything that is in that package is vitally needed,” Sanders said Wednesday on MSNBC. “The problem is that it is a much smaller package than the country needs in this moment of economic desperation.”

Pelosi has insisted for months that state and local aid would be in any final bill, but as time is running out, she is unwilling to hold the rest of the package hostage over the demand.

A poisonous dynamic has long infected the negotiations, but the mood was businesslike in two meetings in Pelosi’s Capitol suite Tuesday that resulted in a burst of progress.

Pressure for a deal is intense. Unemployment benefits run out Dec. 26 for more than 10 million people. Many businesses are barely hanging on after nine months of the pandemic. And money is needed to distribute new vaccines that are finally offering hope for returning the country to a semblance of normalcy.

The looming agreement follows efforts by a bipartisan group of rank-and-file lawmakers to find a middle ground between a $2.4 trillion House bill and a $500 billion GOP measure fashioned by McConnell.

The $908 bipartisan agreement has served as a template for the talks, although the bipartisan group, led by Sens. Joe Manchin, D-W.Va., and Susan Collins, R-Maine, favored aid to states and localities instead of another round of stimulus payments. The CARES Act provided for $1,200 payments per individual and $500 per child.

“I think that the work that our bipartisan group did really helped to stimulate this,” Collins said.

With Congress otherwise getting ready to close up shop, lawmakers are eager to use the relief package to carry other unfinished business.

A leading candidate is a 369-page water resources bill that targets $10 billion for 46 Army Corps of Engineers flood control, environmental, and coastal protection projects. Another potential addition would extend favorable tax treatment for “look through” entities of offshore subsidiaries of U.S. corporations. Meanwhile, thousands of craft brewers, wineries, and distillers are facing higher taxes in April if their tax break isn’t extended.

The end-of-session rush also promises relief for victims of shockingly steep surprise medical bills, a phenomenon that often occurs when providers drop out of insurance company networks. That measure, combined with an assortment of other health policy provisions, generates savings for federal funding for community health centers. And Senate education panel Chairman Lamar Alexander, R-Tenn., is eager to simplify the maddening form for federal college aid.