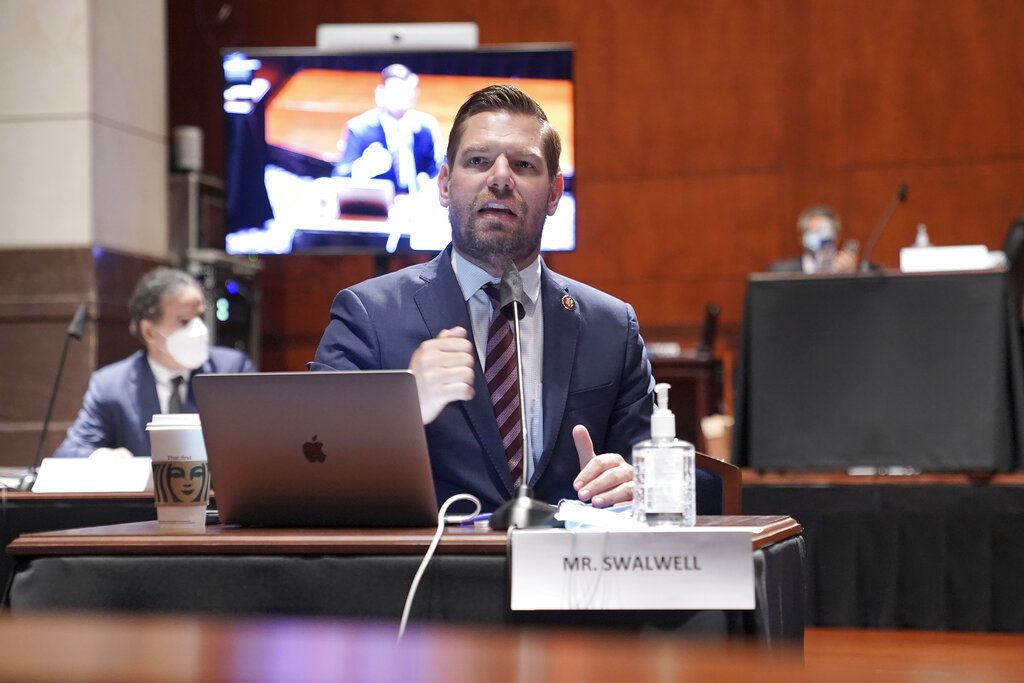 Seventeen Republican members of the House of Representatives have sent a letter to House Speaker Nancy Pelosi, urging her to remove Representative Eric Swalwell from the House Intelligence Committee.

Fox News reported that the letters comes in response to reporting by the news website Axios, which revealed that a Chinese spy had infiltrated Californian political circles between 2011-2015. A woman who went by the Christine Fang pretended to be a college exchange student and fundraised for Swalwell. She was friendly with the California Democrat and members of his team.

When FBI agents began investigating Fang, Salwell immediately cut all ties with her, and she abruptly left the country in 2015.

Salwell’s office said in a statement to Axios, “Rep. Swalwell, long ago, provided information about this person — whom he met more than eight years ago, and whom he hasn’t seen in nearly six years — to the FBI. To protect information that might be classified, he will not participate in your story.”

However, Fox reports that Republicans are not satisfied with this explanation, or lack thereof.

In their letter to Pelosi, they wrote, “Because of Rep. Swalwell’s position on the House Permanent Select Committee on Intelligence, his close interactions with Chinese intelligence services, however unintentional they may be, are an unacceptable national security risk.”

As the panel “handles some of the most sensitive information our government possesses—information critical to our national defense,” the letter continued, “we urge you to immediately remove Rep. Swalwell from his position on the House Intelligence Committee.”

Those who signed the letter include Minority Whip Steve Scalise of Louisiana, Rep. Liz Cheney of Wyoming, Rep. Jim Banks of Indiana, and Rep. Chip Banks of Texas.

House GOP Leader Kevin McCarthy did not sign the letter, but he has called for Salwell’s resignation.

The letter noted that Pelosi has previously demanded former Attorney General Jeff Sessions step down after reporting revealed he had not disclosed meetings with the Russian ambassador in 2017.

“By your own standards, Congressman Salwell is not fit to serve on the Intelligence Committee,” the letter reads. “[He] withheld information for five years from the House Intelligence Committee about an ongoing Chinese espionage operation targeted at him and his own colleagues…Obviously, Rep. Swalwell’s interactions with a Chinese spy were more dangerous and unusual than AG Session’s meetings with a Russian diplomat.”