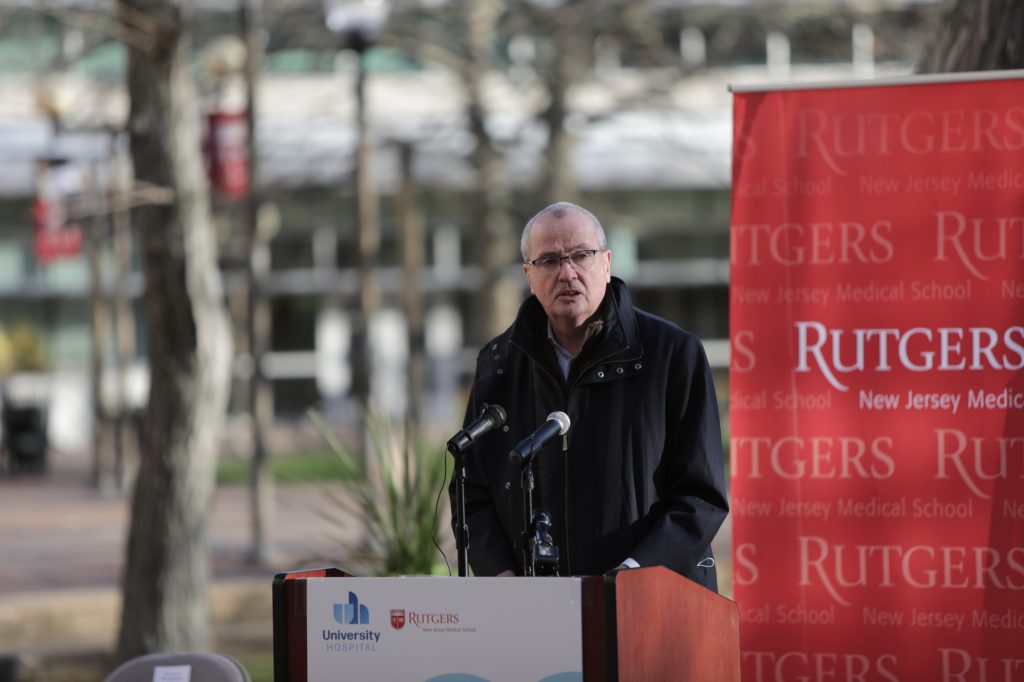 The U.S. Supreme Court is instructing a lower court to reconsider a ruling upholding New Jersey’s limits on religious gatherings, in light of a recent Supreme Court case striking down certain limitations in New York.

Under pandemic guidelines enacted by Gov. Phil Murphy, New Jersey limits indoor worship services to the lesser of 150 people or 25% of the building’s maximum occupancy (but never fewer than 10 people).

But a federal lawsuit filed by the Thomas More Society, a public-interest law firm focusing on religious liberties, on behalf of a North Caldwell priest and a Lakewood rabbi, argued that these limits are unconstitutional, since the state permits various secular gatherings, such as at businesses and schools, at either 100% or 50% of occupancy, without numerical limit.

The state had argued that gatherings at houses of worship were more appropriately comparable to those at theaters and concert halls, which face even more-severe restrictions, and that religious gatherings therefore are actually being given favorable treatment. The New Jersey district court had accepted this argument in ruling against the plaintiffs’ injunction request on October 2. The plaintiffs appealed the ruling to the U.S. Court of Appeals for the Third Circuit, and sought an injunction pending that appeal. The Third Circuit denied the injunction request, so the plaintiffs filed an appeal for injunction to the U.S. Supreme Court.

The houses of worship argued that the district court had erred in making the comparison to theaters and concert halls. “The question is whether any unprohibited activities are at least as risky as religious activities,” the suit says, arguing that “under Governor Murphy’s spate of executive orders, a vast swath of permitted secular activities manifestly endanger the government’s interest — ‘containing the virus’ —to the same or greater degree as houses of worship, and yet none are as restricted as houses of worship,” citing examples of schools, manufacturers, warehouses and food processing centers.

On Tuesday, the Supreme Court didn’t grant the requested injunction to the New Jersey plaintiffs who had sought to overturn the limitations, but instructed the district court to reconsider its Oct. 2 ruling in light of the Supreme Court’s Nov. 25 ruling.

The two-sentence order was unsigned, and there were no recorded dissents.

The New York restrictions were more severe than New Jersey’s: New York had limited attendance at worship services to the lesser of 10 people or 25 percent of maximum occupancy in a zone with high COVID rates, and the lesser of 25 people or 33% of occupancy in a zone with lower COVID rates. The New York plaintiffs had challenged only the 10- and 25-person limit, which the Court overturned, leaving in place the 25%- and 33%-of-occupancy limits.

The New Jersey case raises several issues beyond that of the New York case, as the New Jersey plaintiffs are challenging not only Murphy’s limit of 125 people, but also his 25%-of-occupancy rule. Furthermore, the New Jersey plaintiffs are arguing that the state’s mask mandate in houses of worship is unconstitutional, because during services the mask may be removed only briefly when necessary for the performance of a religious ritual like drinking from a Kiddush cup, while “numerous open-ended exemptions from mask-wearing are afforded for secular reasons such as health, practicability, exercise, office work, and more, with no temporal limitation to a brief moment.”

Murphy’s office did not immediately responded to Hamodia’s request for comment Tuesday.

“This order shows that the U.S. Supreme Court is truly interested in ensuring churches get equal treatment with secular activities, even if Governor Murphy’s edicts are somewhat less draconian” than other states’ restrictions on religious gatherings, Thomas More Society Special Counsel Christopher Ferrara said in a statement. “We are getting a very clear message from the Supreme Court that government cannot set up any rules that apply to places of worship, or worship activities, but not to other, comparable secular activities. This is the very crux of religious discrimination and a blatant abuse of the U.S. Constitution and its Amendments.”

The Supreme Court has recently handed down similar rulings to lawsuits in several states – declining to issue an injunction, but instructing the lower courts to reconsider the cases in light of the Nov. 25 Supreme Court ruling.

In comments to Hamodia on Tuesday, Josh Blackman, a constitutional law professor at South Texas College of Law Houston, criticized the Court for not granting the injunction.

“The Supreme Court punted again on New Jersey’s restrictions,” said Blackman, a religious-liberties advocate who filed one of several suits against New York’s COVID restrictions. “Houses of worship will remain subject to these rules for the foreseeable future.”

The case is Robinson v. Murphy.