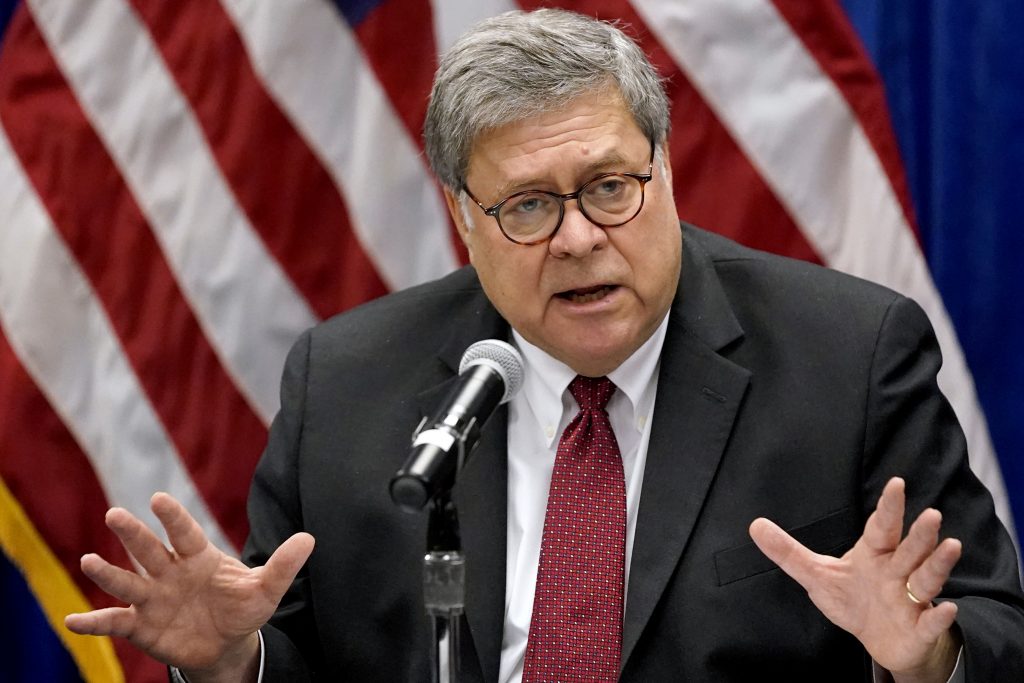 Attorney General William Barr, one of President Donald Trump’s staunchest allies, is resigning amid lingering tension with the president over the president’s claims of election fraud and the investigation into president-elect Joe Biden’s son.

Barr went to the White House on Monday, where Trump said he submitted his letter of resignation. “As per letter, Bill will be leaving … to spend the holidays with his family,” Trump tweeted.

Trump has publicly expressed his anger about Barr’s statement to The Associated Press earlier this month that the Justice Department had found no widespread election fraud that would change the outcome of the election. Trump has also been angry that the Justice Department did not publicly announce it was investigating Hunter Biden ahead of the election, despite department policy against such a pronouncement.