Israel Netanyahu: ‘Business as Usual with Iran’ Will be Mistake
Israel 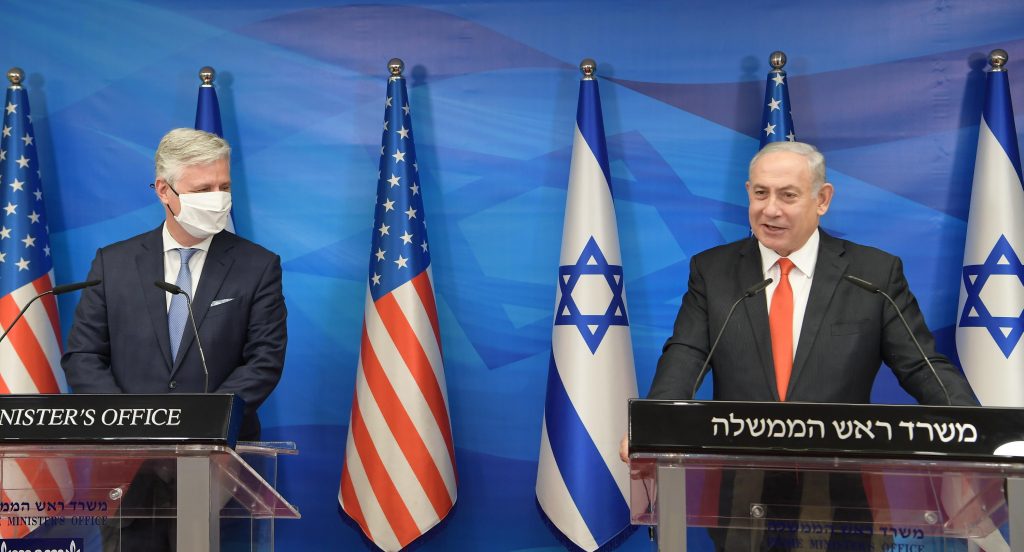 Israeli Prime Minister Benjamin Netanyahu on Sunday said it would be a mistake “to go back to business as usual with Iran,” signaling Israeli resistance to an expected push by President-elect Joe Biden to revive the international nuclear deal with Iran.

But his comments appeared to be aimed at Biden, who has said the U.S. will rejoin the nuclear deal if Iran agrees to strict adherence. The deal, which lifted sanctions on Iran in exchange for curbs on its nuclear program, has unraveled since Trump withdrew from it in 2018.

Netanyahu led an unsuccessful fight against the deal when it was negotiated by then-President Barack Obama in 2015 and welcomed Trump’s withdrawal three years later. Netanyahu says the deal will not prevent Iran from developing a nuclear weapon and fails to address other belligerent Iranian behavior, such as its support for proxies across the region and its development of a long-range missile program.

O’Brien said the Trump administration’s pressure campaign against Iran has been successful and said the string of agreements between Israel and Arab countries would cement what he called “the legacies of peacemakers” Trump and Netanyahu.