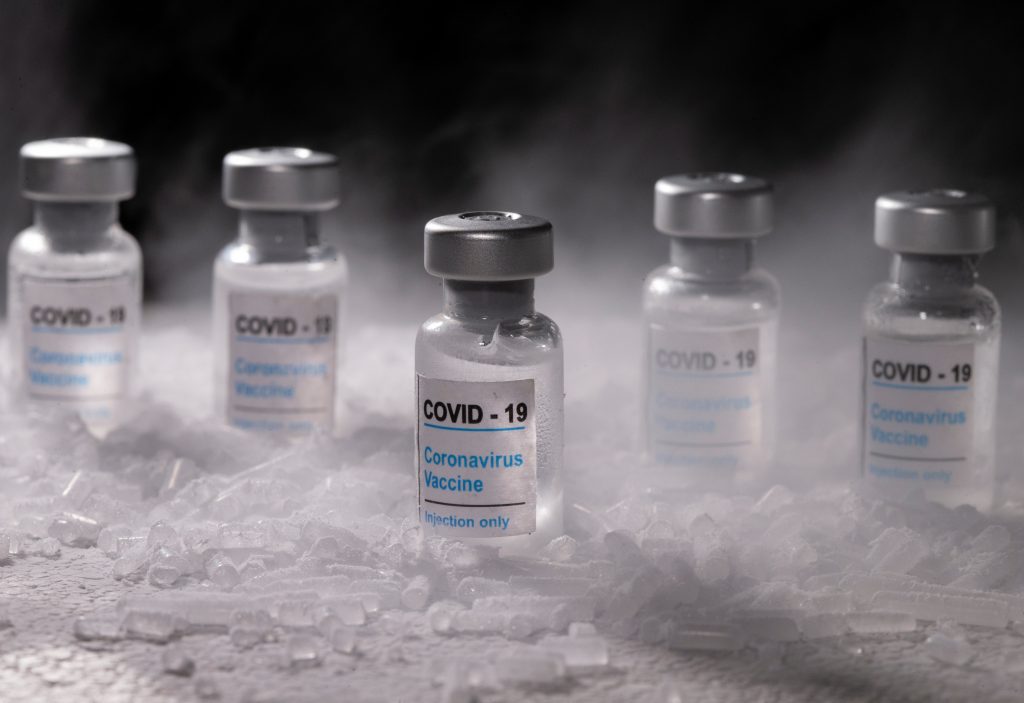 The United States on Wednesday crossed an ominous new threshold of more than 3,250 lives lost to COVID-19 in a single day while public health officials stepped up preparations for a vaccine campaign of historic scope ahead of final regulatory review.

Steady movement toward a vaccine rollout on the eve of a critical review by leading U.S. medical experts comes as COVID-19 caseloads surged alarmingly higher, straining health-care systems in some pandemic hot spots to the breaking point.

Intensive care units at hundreds of hospitals in cities and rural communities across the country were reported to be at or near capacity, U.S. Department of Health and Human Services data showed.

Ten mostly rural counties scattered across California reported having no ICU beds whatsoever on Wednesday, according to state health figures analyzed by Reuters. In Fresno County, home to one million people, only seven ICU beds remained unfilled on Wednesday. Largely agricultural San Joaquin County just to the north was down to just five ICU beds.

The number of COVID patients hospitalized nationwide grew to a new all-time high of 106,217 by late Wednesday, up some 18% over the previous two weeks.

The United States also has documented an average of 2,259 deaths and 205,661 new infections each day over the past week, a toll that U.S. health officials warn is likely to accelerate in the coming months before a vaccine becomes widely available to the public.

At least 3,253 U.S. patients perished on Wednesday alone, according to a Reuters tally of state-by-state data.

The latest figure surpassed the previous Dec. 3 record of 2,861 COVID deaths and marked the first time the virus has claimed 3,000 American lives or more in a single day – exceeding the death toll from the Sept. 11, 2001 attacks on America by suicide hijackers.

To date, the highly contagious respiratory illness has killed more than 289,000 Americans, out some 15 million known to have been infected since January.

Medical experts have said the crisis will only worsen in the weeks ahead amid colder weather, especially if Americans continue to disregard warnings to avoid unnecessary travel and large gatherings over the holidays.

Besides the monumental human cost, the pandemic has wreaked havoc on the economy, forcing millions out of work as public health authorities imposed sweeping restrictions on social and economic life in an effort to tamp down the contagion.

Congress, meanwhile, has struggled to end a months-long political stalemate over economic assistance.

The Democratic-controlled U.S. House of Representatives on Wednesday approved a one-week extension of federal government funding, giving lawmakers more time to haggle over a broader spending package with coronavirus relief.

The Republican-led Senate was expected to vote on the measure as early as Thursday and send it to President Donald Trump in time to avoid a government shutdown.

But disagreements remain over business liability protections demanded by Republicans and aid to state and local governments sought by Democrats before a final deal is reached on economic assistance.

Offering a new glimmer of hope, some officials said vaccinations could begin as soon as this weekend, and states have escalated plans for what is likely to be a distribution effort of unprecedented dimensions.

“I can’t think of a government operation that has been commenced that is more difficult and intricate than what governments will be asked to do here,” New York Governor Andrew Cuomo said at a briefing on Wednesday.

A panel of independent medical experts was due to meet on Thursday to decide whether to recommend that a vaccine from Pfizer Inc and German partner BioNTech SE. should receive emergency use authorization of the U.S. Food and Drug Administration.

In a sign that approval could be swift, documents released by the FDA ahead of the advisory review raised no new red flags over the safety or efficacy of the Pfizer vaccine.

Britain became the first Western nation to begin mass inoculations with the Pfizer vaccine on Tuesday. Canada on Wednesday approved the same vaccine after an accelerated review process.

The United States is in dire need of a new mechanism for fighting the pandemic, given that so many Americans have refused to follow guidance for wearing face coverings and keeping their distance for people beyond their own households.

Medical experts expect yet another surge of infections and hospitalizations following year-end holiday gatherings, even as initial batches of vaccine are be administered to high-priority recipients, including health-care workers and nursing home residents.

U.S. Health and Human Services Secretary Alex Azar told CBS on Wednesday he expected inoculations to be reaching the general public in February, March and April, with enough vaccine supply “for all Americans” during the second quarter of next year.

Still, a sizable percentage of the U.S. population has expressed skepticism about getting a COVID-19 vaccine, creating an additional challenge.

Biden set a goal of vaccinating 100 million people – nearly a third of the U.S. population, within the first 100 days of his administration, or by April 29.