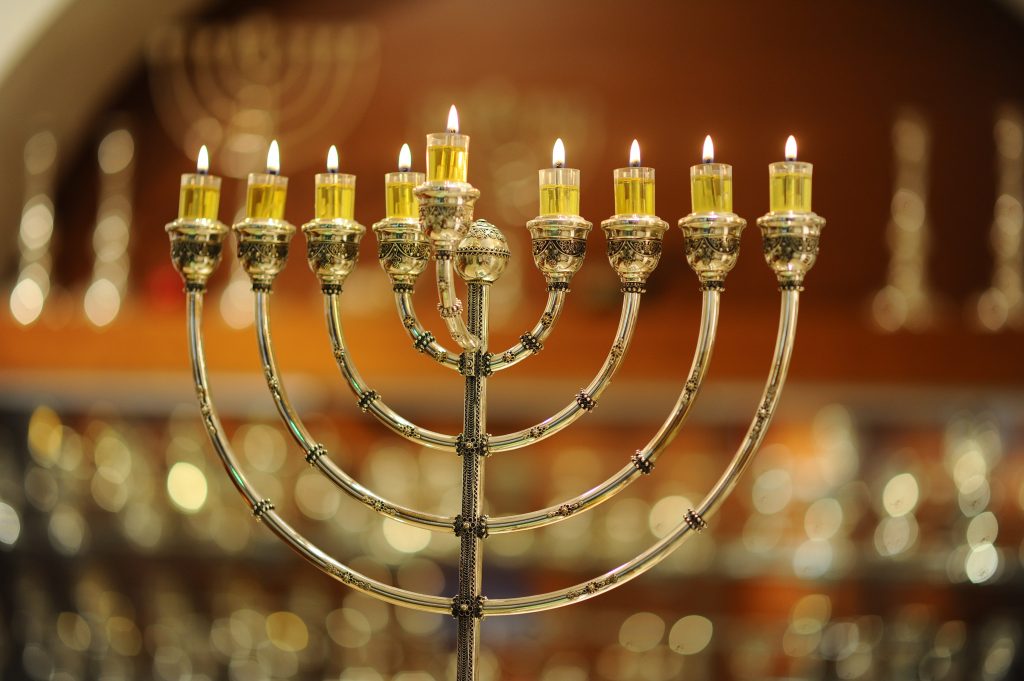 I vividly remember sitting on a plane some 25 years ago and being handed a copy of USA Today. Out of the corner of my eye, I noticed an article entitled, “What the various religions feel about their holidays.” It was in December, and I looked for the Jewish representative speaking about Chanukah. Much to my shock, I read the words, “Chanukah has no spiritual meaning. It’s a time for the family to get together, to exchange gifts, to have some latkes and jelly doughnuts, and to have a good time playing dreidel.” I cannot tell you how shocked I was to see that this was written in a national publication, albeit USA Today.

When we examine Chanukah, one can argue that it might be the most meaningful holiday of the entire year, and its religious implications are extremely profound. The Ramban in the beginning of Parashas Behaalos’cha explains the Midrash that Aharon was dejected that his tribe, Levi, was excluded from bringing the offerings that the other tribes contributed when the Mishkan was inaugurated. Hashem consoled Aharon by saying, “You will light the Menorah, which is an even greater merit than anything else.”

The Ramban is perplexed. Why did Hashem have to point to lighting the Menorah to find a special merit for Aharon? The Kohanim had myriad tasks that no one else could perform. Was the Menorah more special than the Yom Kippur service (which only the Kohen Gadol could perform)?

The Ramban’s answer is illuminating. Hashem was not consoling Aharon with the obligation of lighting the Menorah daily in the Mishkan. He was saying to Aharon: This Menorah, which is under your purview, will, in the future, represent the spiritual victory of Jewish heroes over their oppressors. This Menorah will be lit every year during a specific time throughout the exile — and it will supply light during the darkest times.

Aharon was being told by Hashem: What you are starting now, by lighting the Menorah in Parashas Behaalos’cha, will ultimately culminate in heralding the light that will bring Moshiach. It is obvious from the words of the Ramban that Chanukah, throughout galus, is a time for transformation and redemption.

The Bach, in his commentary on the Tur, echoes this point. He says that the reason Chazal made the mitzvos of reciting Hallel and lighting the Menorah the focus of Chanukah, as opposed to Purim, which is marked by a festive seudah, is because the challenge of Chanukah was essentially a spiritual challenge. The reason the Greeks were able to defile the Temple is that our service there, and the love and fear of Hashem it should have expressed, was lacking. The only way to stop the spiritual oppression was to strengthen our commitment to Torah and mitzvos.

When the Chashmona’im were victorious and found the pure flask of oil that miraculously lasted for eight days, the message was not just about a physical victory in battle; rather, the spiritual victory is our center of attention.

It is true that we rose to the occasion and overcame our oppressors. Yet this incredible victory and the stunning miracle that followed was in the merit of Klal Yisrael’s recommitment to HaKadosh Baruch Hu. That is why when the Gemara asks, “What event was the catalyst for the Rabbis to make Chanukah a holiday?” the response is not the military victory. Historically, perhaps that was the pivotal event that allowed the Jewish people to continue worshipping in the Beis HaMikdash. However, the basis of Chanukah is that we found that precious, lone flask of oil, a symbol of spiritual victory. The decision to search for undefiled oil to light the Menorah was an act that represented the Jewish People’s desire, not only to perfunctorily keep mitzvos, but to perform them with passion and self-sacrifice. The search itself was a victory over the apathy and mediocrity in the spiritual realm that were then represented by Greek culture, but which confront us in every generation.

We are taught that challenging times are a call for us to search out and improve our ways. As we confront life during the COVID pandemic, our obligation to listen to the lessons of Chanukah as a call for self-assessment is a vital task of the hour.
The miracle of the oil signified that Klal Yisrael’s return to Hashem was pure and holy. It is this purity and holiness in avodas Hashem that we should strive for as we celebrate Chanukah 5781.

Doing mitzvos with purity means we are not motivated by “keeping up” or “fitting in,” but rather by doing what the Torah commands us in the best possible manner. The decisions we make about schools, shuls, simchos and friends should be guided by one principle: What does Hashem want? Not: What is my neighbor going to think?

Let us strive together to emulate the purity inherent in the miracle of Chanukah and in that merit to bask in the ultimate light of Moshiach Tzidkeinu.