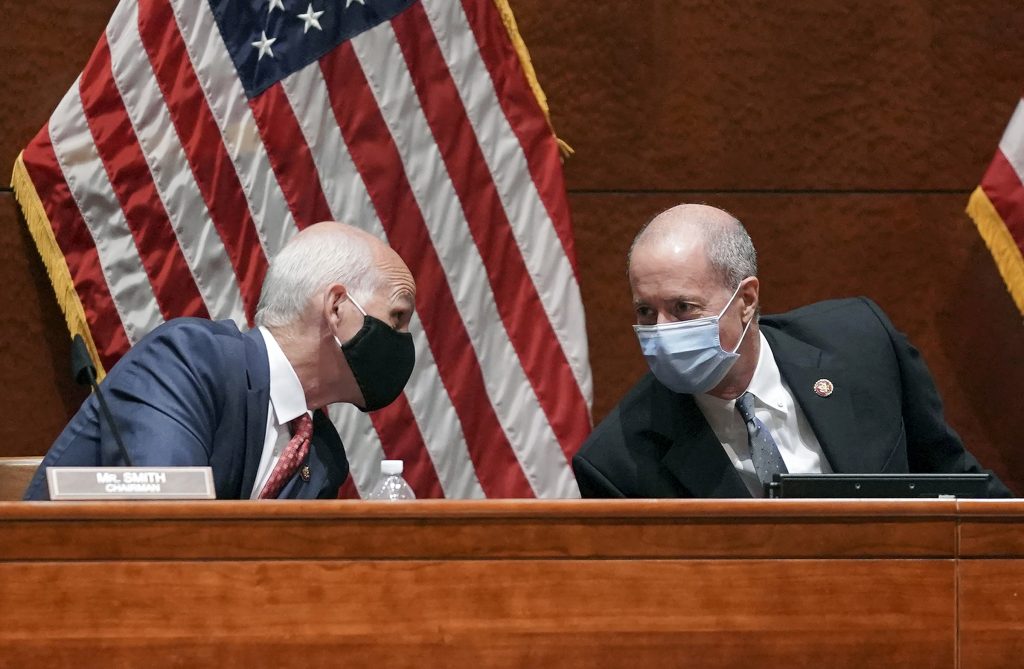 The House on Tuesday passed a bipartisan, $741 billion defense authorization bill by a sizable veto-proof majority, throwing down the first of two expected gauntlets before President Donald Trump, who has escalated his threat to scuttle the legislation.

The 335-to-78 vote represents a much bigger margin of victory for the bill than the House mustered for an earlier version of the legislation this summer. It is also a rebuke to Trump’s exhortations to Republicans to vote against the measure: Fewer than half of the GOP lawmakers who opposed the initial defense bill over the summer voted against the bipartisan compromise Tuesday.

House leaders credit the increased support to changes that were made during a months-long negotiation between the Senate and the House, despite last-minute efforts from some of Trump’s allies to undermine the legislation.

The House’s vote sets up a challenge for the Senate, which has yet to vote on the measure. Should senators approve the bill by a similarly decisive margin, leaders are hopeful that the president will reconsider his veto threat.

GOP congressional leaders pleaded with their caucus members in recent days to ignore Trump’s demands and vote in favor of the defense bill, which has become law for 59 years running. The legislation not only includes money for major military programs and weapons systems, it also funds service members’ annual pay raises and other compensation intended to reward highly specialized or potentially hazardous work.

GOP leaders have promoted the legislation as a balanced product that authorizes a range of vital programs, including new initiatives to counter China and health coverage for National Guard members aiding pandemic response efforts.

The president has intensified his assault, and Tuesday morning he expanded the scope of his veto threat while exhorting GOP House members to vote against what he characterized on Twitter as “the very weak National Defense Authorization Act (NDAA), which I will VETO.”

“Must include a termination of Section 230 (for National Security purposes), preserve our National Monuments, & allow for 5G & [troop] reductions in foreign lands!” he added.

At first, Trump’s veto threats focused only on provisions ordering the renaming of military installations commemorating figures from the Confederacy. In recent days, he also said he would reject the legislation because it does not include a repeal of Section 230 of the Communications Decency Act, which offers technology companies liability protections over the content that third parties post on their platforms. Trump has accused those companies of anti-conservative bias.

In his tweet, the president also indicated that he plans to veto the bill over limitations it would place on reducing the number of U.S. troops stationed in Germany and South Korea, and on implementing a recent Federal Communications Commission order allowing broadband company Ligado Networks to develop a 5G network using bandwidths that could disrupt and compromise GPS systems and sensitive military technologies. His reference to protecting national monuments suggests that Trump also is willing to veto the defense bill for not incorporating certain public-lands provisions in its final draft.

Earlier this year, the Trump administration announced plans to redeploy about a third of the 34,500 U.S. troops currently stationed in Germany, drawing condemnation from Democrats and Republicans. The defense bill’s ban on reductions in forces is among several safeguards it incorporates that double as rebukes to Trump’s tenure as commander in chief.

Trump may still have the ability to complicate efforts to finish the defense bill. Once it is sent to the White House, the president has 10 days, not including Sundays, to sign, veto or “pocket veto” the legislation – the last option is a de facto rejection of the bill by simply refusing to sign it. Should Trump decide to run out the clock, he may be able to force Congress to reconvene for an override vote after Christmas – an added impediment in any year but especially during a pandemic.

The defense bill must become law before noon Jan. 3, when the new session of Congress begins, or it will expire along with all remaining unfinished legislation from the past two years.