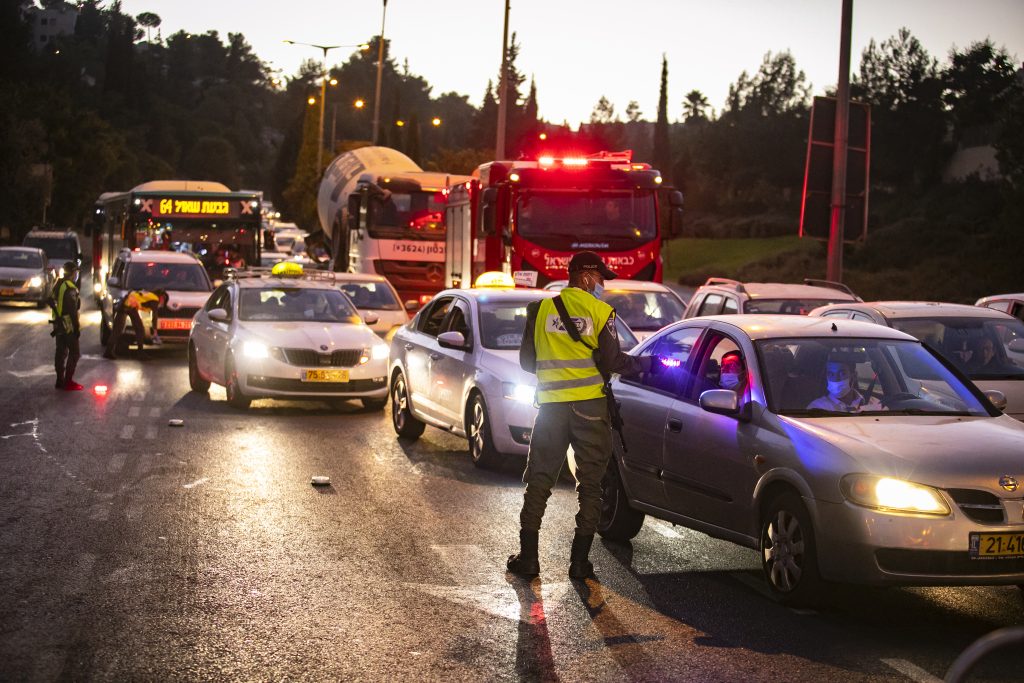 Israel’s coronavirus cabinet has approved a nighttime curfew, starting this Wednesday and running to January 2, according to media reports.

The curfew will begin in the evening, at 6 p.m. or 7 p.m. and end in the early morning, 5 a.m. or 6 a.m., according to Channel 12. Israelis would be prevented from venturing beyond a certain distance from their homes during those times, the network said.

Official confirmation of the decision, along with details on the exact time span of the curfew and restrictions on movement during those hours were expected later Monday night.

In the event that infection rates do not drop significantly by December 20, and the daily cases climb to 3,500, the National Security Council, which is charged with overseeing the government response to the pandemic, suggested tightening restrictions, including closure of stores and other businesses that accept customers. Should the cases continue to rise, topping 4,500 per day by January 2, Israel would enter its third nationwide lockdown, according to media reports.

The ministers voted to allow malls and open-air markets to remain open until further notice.

The decisions came after days of internal debate over the efficacy of a curfew, with ministers and health officials reportedly still divided on the issue.

Meanwhile, the initial delivery of Pfizer vaccines are scheduled to arrive in Israel on Thursday, according to media reports.

Some 100,000 are expected, accompanied by a large delegation from Pfizer.

This first delivery is planned along the lines of a tryout, to practice the complex procedures for transit and storage of the vaccines, which require storage at -70° C (-94° F), according to Channel 12.