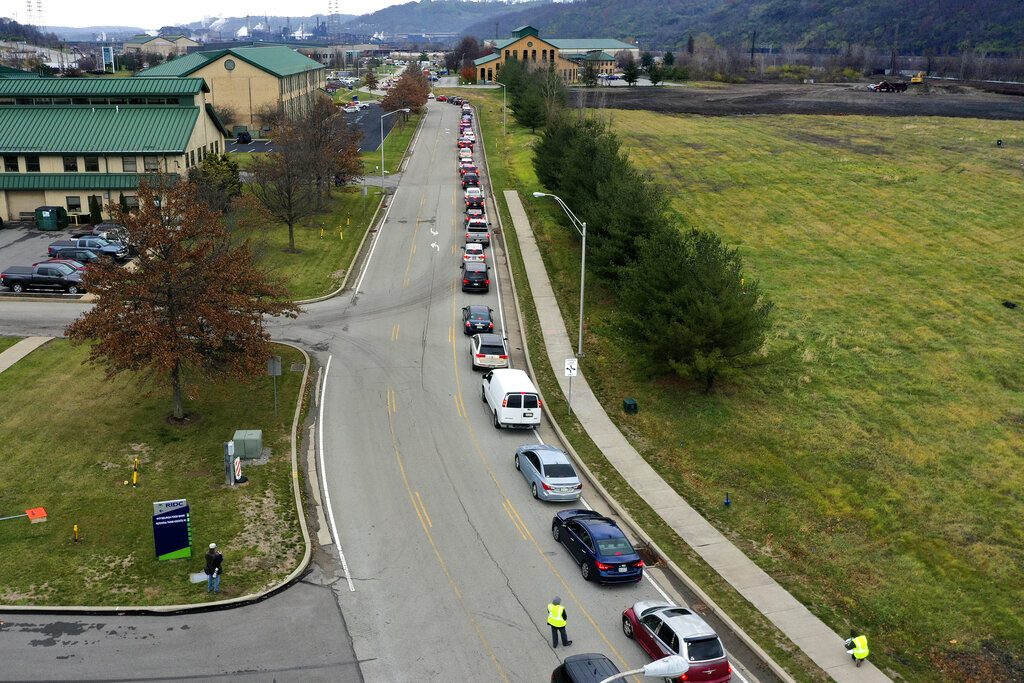 Hunger is a harsh reality in the richest country in the world. Even during times of prosperity, schools hand out millions of hot meals a day to children, and desperate elderly Americans are sometimes forced to choose between medicine and food.

Now, in the pandemic of 2020, with illness, job loss and business closures, millions more Americans are worried about empty refrigerators and barren cupboards. Food banks are doling out meals at a rapid pace and an Associated Press data analysis found a sharp rise in the amount of food distributed compared with last year. Meanwhile, some folks are skipping meals so their children can eat and others are depending on cheap food that lacks nutrition.

Those fighting hunger say they’ve never seen anything like this in America, even during the Great Recession of 2007-2009.

The first place many Americans are finding relief is a neighborhood food pantry, most connected to vast networks of nonprofits. Tons of food move each day from grocery store discards and government handouts to warehouse distribution centers, and then to the neighborhood charity.

The newly hungry have similar stories: Their industry collapsed, they lost a job, their hours were cut, an opportunity fell through because of illness.

Handwritten “closed” signs appeared on the windows of stores and restaurants soon after the pandemic arrived. Paychecks shrank or disappeared altogether as unemployment skyrocketed to 14.7 percent, a rate not seen in almost a century. Food banks felt the pressure almost immediately.

Feeding America, the nation’s largest anti-hunger organization, has never handed out so much food so fast — 4.2 billion meals from March through October. The organization has seen a 60 percent average increase in food bank users during the pandemic: about 4 in 10 are first-timers.

An AP analysis of Feeding America data from 181 food banks in its network found the organization has distributed nearly 57 percent more food in the third quarter of the year, compared with the same period in 2019.

Feeding America estimates those facing hunger will swell to 1 in 6 people, from 35 million in 2019 to more than 50 million by this year’s end. The consequences are even more dire for children — 1 in 4, according to the group.

Low-wage employees, many in the service industry, have borne the brunt of economic hardship. But the misery has reached deeper into the workforce.

A September report commissioned by the Food Research & Action Center, an anti-hunger organization, found 1 in 4 of those reporting they didn’t have enough to eat typically had incomes above $50,000 a year before the outbreak.

While food banks have become critical during the pandemic, they’re just one path for combating hunger. For every meal from a food bank, a federal program called the Supplemental Nutrition Assistance Program, or food stamps, provides nine.

Anti-hunger groups have lobbied Congress for a 15 percent increase in maximum food stamp benefits, A similar measure went a long way in digging the nation out of the Great Recession. A stimulus bill passed by the House this spring includes such a provision, but it has been bogged down in partisan squabbling.

“Food banks and food pantries are doing great work,” says Luis Guardia, president of thee Food Research & Action Center. “But they simply cannot do enough to be something of the order of magnitude that we’re seeing right now. “