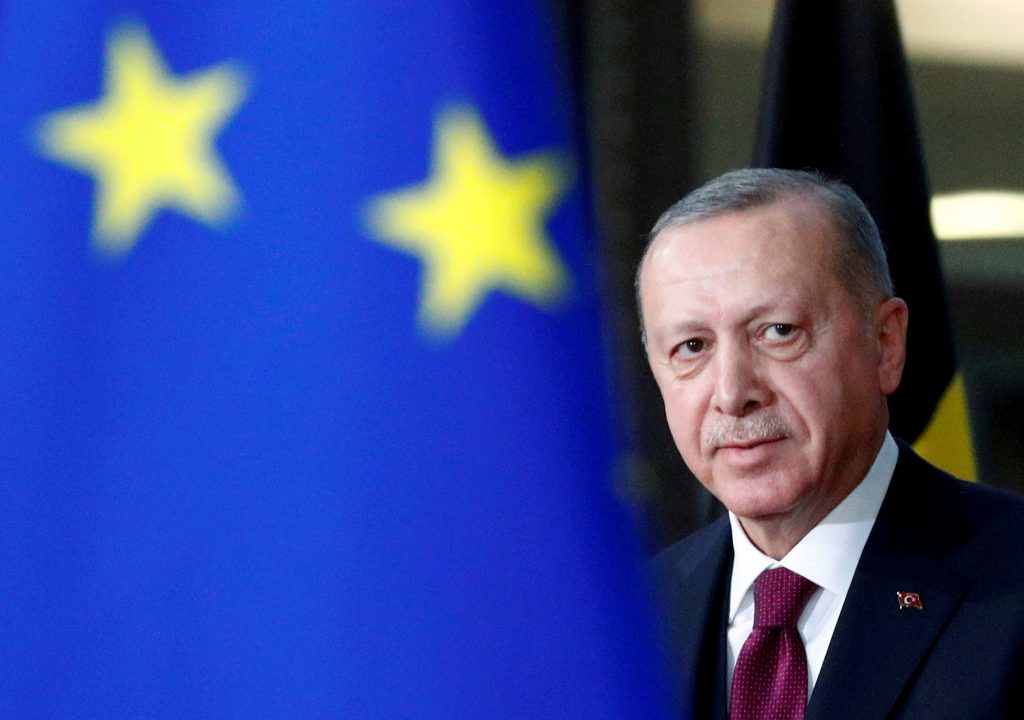 European Union foreign ministers evaluated grounds on Monday for sanctions against Turkey over a Mediterranean gas dispute before the bloc’s leaders decide at a summit on Dec. 10-11 whether to make good on their threat to impose punitive measures.

Turkish President Tayyip Erdogan said his country would not “bow down to threats and blackmail” but repeated his call for negotiations over the conflicting claims to continental shelves and rights to potential energy resources.

Greek Foreign Minister Nikos Dendias said all EU states agreed on Monday that Turkey had made no positive shift away from its policy of exploring in contested waters in the eastern Mediterranean, a view confirmed by EU diplomats.

“It was made clear that there should be a response to Turkey,” Dendias told reporters on leaving the meeting, saying Turkey had “continued its delinquent behavior… That is what will be discussed at the Council meeting of leaders.”

Tensions flared in August when Turkey – a NATO ally and candidate for EU membership – sent a survey vessel to map out energy-drilling prospects in waters also claimed by Greece.

Germany, current holder of the EU’s six-month presidency, holds the key to whether sanctions go ahead. It had hoped to mediate between Athens and Ankara, but was angered when Turkey resumed its gas exploration off Cyprus in October after a pause.

“There have been too many provocations, and tensions between Turkey, Cyprus and Greece have prevented any direct talks,” German Foreign Minister Heiko Maas said before the start of the meeting.

The Turkish vessel, Oruc Reis, returned to port again last week, helping to calm tensions. But European Council President Charles Michel warned Turkey not to play “cat and mouse” by returning exploration ships to port just before EU summits, only to redeploy them after they had finished.

France and the European Parliament, which formally called for sanctions on Nov. 26, say it is time to punish Turkey, which is seen in Brussels as fueling the dispute for domestic political reasons.

Broader issues of disagreement – over Libya, Syria, Russia and Turkey’s own drift towards authoritarianism – have hardened European positions towards Ankara.

Turkish Foreign Minister Mevlut Cavusoglu, who was not at the Brussels meeting, called Greece and Cyprus “spoiled” members of the EU on Monday and urged the EU to be a mediator, not allowing France and other states to side with Athens.

“These decisions, sanctions or whatever else, will not contribute to the solution of issues,” Cavusoglu said during a university panel event in Turkey.