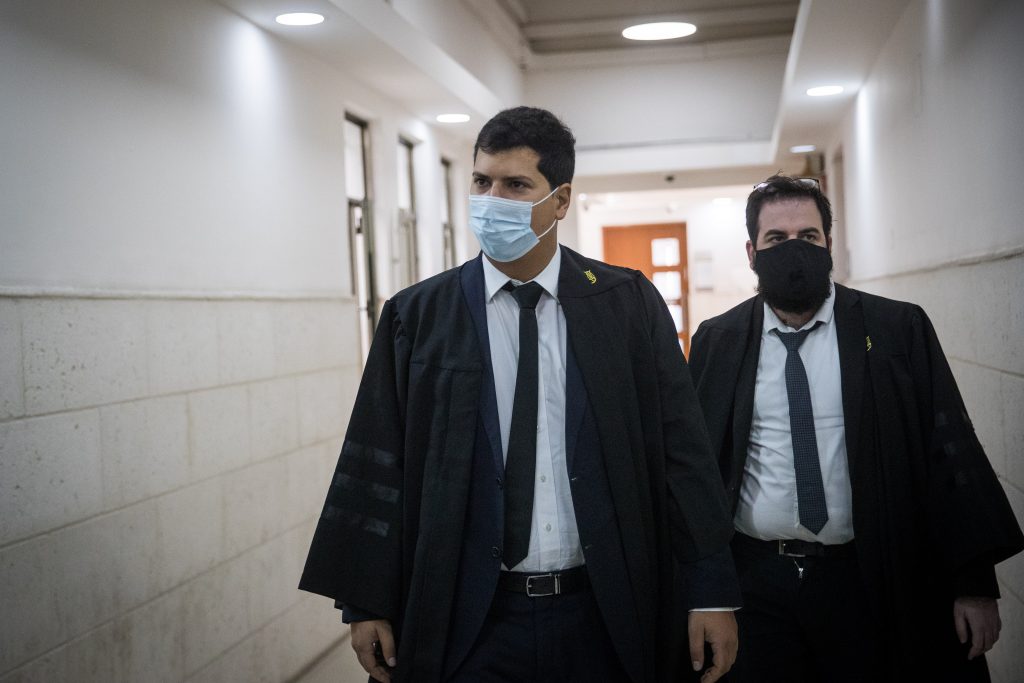 Lawyers on behalf of Prime Minister Binyamin Netanyahu petitioned the Yerushalayim District Court Sunday to dismiss his public corruption trial without the need to call witnesses.

On Thursday night, the state prosecution had requested that the court reject the defendant’s motions, which included not only Netanyahu, but also defendants and Walla owner Shaul Elovitch and his wife.

Netanyahu and the other defendants attempted to persuade the court to dismiss the charges without a trial, using a variety of legal grounds, including the Israel Police’s improper actions and arbitrary enforcement.

The court threw out Netanyahu’s claims that his parliamentary immunity was improperly removed, arguing that he himself had withdrawn his claim.

The prosecution rejected his substantive immunity claim that he undertook actions discussed in the indictment in his capacity serving the state, saying his immunity does not permit him to simply violate laws such as by committing bribery and fraud.

In responding to one of the defense arguments that the police bullied witnesses to make up lies to help take the premier down, the prosecution argued that it was for a full trial to determine the credibility or not of witnesses and how they were treated.

More specifically, the defense maintained that the police used a honey trap with Nir Hefetz, a former top Netanyahu aide who has subsequently turned state’s witness. They also claimed that the release of hundreds of law enforcement leaks would unfairly prejudice the witnesses and even the court itself.

Netanyahu denies the charges that have been brought against him in three separate corruption cases. The final pretrial hearing is set for January 13, 2021.